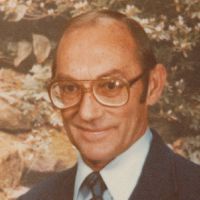 Harlan Giese, 83, of Sheridan WY, passed away on Wednesday, March 11th, 2015 at Sheridan Manor in Sheridan, WY. Harlan was born on April 21st, 1931 in Zap, ND to parents William and Mary (Coutz) Giese. Harlan was a exceptional baseball pitcher in his youth playing for a variety of teams in North Dakota. He later moved to Bismarck where we worked as a Land Purchaser for MDU over 42 years. After retiring from MDU Harlan relocated to Story, WY with his wife Jane before finally settling in Sheridan, WY. He was a member of the Elks where he had many friends and enjoyed playing bridge twice a week.Harlan was preceded in death by his parents, William and Mary, and two children; Lance and Darin. He is survived by his wife Jane of Sheridan, son David Giese of Tokyo, daughter Mary (Joseph) Johnston of Orofino, Idaho and grandsons Adam and Justin(Katie) Johnston; daughter Patrice Giese of Grand Forks, North Dakota and grandson Logan (Blanka and great grandson Josef) Giese; stepson Michael Kearns, and daughter-in-law Carolyn (deceased son, Lance) Giese of Holden Village, Washington and granddaughters Serena and Amanda Giese.A Visitation will be held from 6 to 8 on Wednesday, March 18, 2015, at Kane Funeral Home. Services will be held at 10:00 on Thursday, March 19, 2015, at the First Presbyterian Church with Pastor Doug Melius officiating. A Reception will follow at the church.Kane Funeral Home has been entrusted with arrangements.