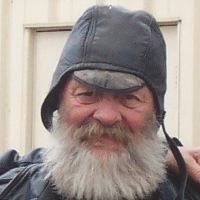 View Service Folder | Click for Video Tribute Harold Raymond Cummings “Buzz”, 62, previously of Upton, WY, passed away on Wednesday, February 5, 2014 at his residence in Sheridan, WY.Buzz was born in Minneapolis, MN in 1951 to parents Harold Raymond, Sr. and Mary Louis (Gray) Cummings. He attended school in Upton, WY and later served in the Army from 1969 to 1972. He married Rebekah Anne Hodson-Jones and together they raised three boys; Daniel Hammond, Chad Hodson and Joseph Cummings.Buzz was a true motor head and lived life to the fullest. He liked to party and drink beer almost everyday. He lived long enough to see his three boys grow up and have thirteen grandchildren. He had many friends.Buzz enjoyed many things in life, mostly motorcycles, hunting and building hot rod engines. He built a beautiful place north of Upton where he lived until his move to Sheridan for medical reasons.Buzz was preceded in death by his parents, sister and one grandson. He is survived by his children; Chad (Bridgette) Hodson, Joseph (Kelly) Cummings, and Daniel Hammond, his grandchildren; Kaitlyn Hodson, Kelsie Hodson, Austin Hodson, Tyler Cummings, Amber Cummings, Wesley Cummings, Hailey Philipsen, Abigayle Cummings, Mariah Julia Hammond, Brennon James Hawk Fickel, Chelsea Aunna MaRee Hammond, and Dylan Echo Danae Hammond. He is also survived by his siblings; Sharon, and Charly.He will be greatly missed by all his friends and family. Rest in peace Dad. We love you.A Celebration of Life for Buzz will be held at 1:00 p.m. on Thursday, February 13, 2014 at the Upton Community Center.Kane Funeral Home has been entrusted with arrangements.