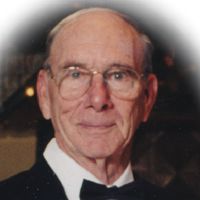 Harold Wesley Tolle, 83, of Sheridan, passed away on Friday, April 24, 2015, at the VA Medical Center.Harold was born in Pawnee, OK, to parents Clarence W. and Ora (Brody) Tolle. After school he joined the Army and served during the Korean War. He met Josephine Sabatino at a church dance while on leave. They later married. Together they went on 32 cruises during their marriage.Harold enjoyed golfing, hunting, walking, camping and cards. He was a member of Holy Name Catholic Church and the American Legion.Harold was preceded in death by his parents and two sisters, Hazel and Bernice. He is survived by his wife Josephine, children, Michael Tolle, of Long Island, NY, and Kathleen (Dennis) Flynn of Big Horn, WY, his seven grandchildren, Kimberly, Jessica, Meaghan, Shannon, Melissa, Michelle and Michael, three great grandchildren, and sister, Phyllis Maze of Cottonwood, AZ.A Private Viewing will be held.Kane Funeral Home has been entrusted with arrangements.