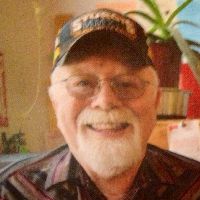 Herbert Nicholson MooreHerbert Nicholson Moore (Herbie) of Story, Wyoming, passed away at his home on August 2, 2016. Herbie was born in Ireland on November 19, 1939, one of seven children. He was preceded in death by his parents, Sophia and George Moore, and two brothers, Leslie and Albert (survived by wife Janet in England) Moore. He is survived by his two sisters, Ruby Keys (Brian) in England and Florrie Contini (Charles) in New Jersey, and his two brothers, Richard (Betty) in Ireland and David (Jo) in England. He has many nieces and nephews in Ireland, England, and the United States.Herbie left Ireland to work in England as a painter and decorator in 1960. He moved to the United States in 1966. He lived and worked in the Atlantic City area of New Jersey for several years. For a while, he worked transporting horses around the world on planes. He spent some time in Florida before making his way to Story, Wyoming in 1973. Herbie had the Dynamite Café in Story and worked there as a cook. He was a good cook and enjoyed entertaining. Coming from Ireland, Herbie knew the game of soccer well and coached the young local Story children for years. He was a natural Pied Piper of children (and adults as well) and mentored many through the years. He wore many hats during those years. He was an EMT, drove the ambulance, and worked as a Volunteer Fireman in Story.He went to work for Burlington Northern Rail Road in 1978 along with some of his good friends. Herbie worked there for 29 years and retired in 2007. During that time he rode his Harley Davidson motorcycle and had a 4-wheeler for a while. He enjoyed playing dominoes and was happy to teach anyone that wanted to play. Herbie always loved to travel. He liked to gamble with his closest friends at big Hotel Casinos in the West. For these last years, Herbie spent time at the Wagon Box in the evening on HIS stool at the bar and loved drinking beer and visiting with friends. Herbie was a loyal and devoted friend. He was a kind soul and generous of heart and spirit. He never asked anything of life and always gave a great deal of himself. Herbie was the center of his many Story friends and the best source of local information. He was very much a part of his community.Herbie was our local Leprechaun. He was lucky and shared his luck. He gave us all good luck, good laughter, and good times. Herbie has made his final trip home to Ireland where he will rest in his family grave. He is sadly missed by all who knew and loved him – and they are many. Let’s all raise a glass to Herbie – CHEERS!