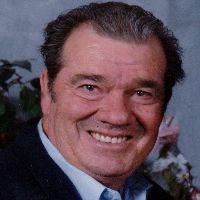 Herman Evans, 78, of Sheridan, passed away on Friday, May 13, 2016, at the Sheridan Memorial Hospital. He was born on April 29, 1938, in Wasioto, Bell County, KY, to Dit and Harriet (McNew) Evans. He moved to Colorado Springs, CO, in his early 20\'s and worked for the union as a heavy equipment operator for 37 years.Herman met his wife Donna Stringer in 1990, and together they adopted their daughter Tristin in 1996. In 2008, Herman and his wife and daughter moved to Sheridan, WY. Herman loved the small town life and his family. He enjoyed playing cards, drives to the mountains, garage sales, going out to eat and spending time with his family.Herman is survived by his four children; Herman Jr., Keith, and Paul Evans of CO, and his daughter, Tristin Evans of Sheridan, WY. Herman had 8 stepchildren and numerous grandchildren and great grandchildren. He is also survived by 9 brothers and sisters.Herman was loved, he was a very loving father, husband and grandfather. He will be truly missed.Kane Funeral Home has been entrusted with arrangements.