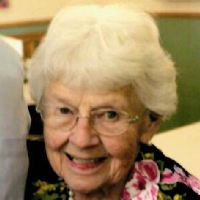 Ima Jean (Jean) Staton Hart passed away on November 2, 2015, at the Sheridan Memorial Hospital, Sheridan, WY, following a brief illness.Jean was born on September 21, 1925, in Henning, IL, to Glenan H. and Ethel M. Cash Staton. She was raised in Henning until the age of 13, when the family moved to Fairfield, IL, where she graduated from High School in 1943. Following graduation, Jean was a secretary for Wayne-White County Electric Cooperative in Fairfield for 3 years. She married her high school sweetheart, William G. Hart, Jr. in 1947, in Mexia, TX. In December of that year, the couple moved to Worland, WY, where their two children, William Howard and Rebecca Jean were born.In 1955, the family moved to Dickie,WY, the headquarters of the L.U. Sheep Co. where Bill was employed. Jean was a Girl Scout leader for several years in Grass Creek, WY. In 1966, the couple purchased Rays Department Store in Worland, later changing it\'s name to Hart\'s Department Store. After 21 years of running their store, they retired and began traveling in their RV across the U.S. as well as traveling in several foreign countries.Jean was an active member of the First Baptist Church in Worland, Chapter AA P.E.O for many years, served on the Board of Directors of the Worland Area Community Concert Association and was a member of the Hospital Auxillary. She loved her flower gardens, crafts, all music and cross country skiing. Following her husbands death in 2012, Jean moved to Sugarland (Brookdale) Assisted Living in Sheridan, WY, to be close to her daughter. She loved the staff, residence and all the activities Sugarland provided. She celebrated her 90th birthday for 3 days in September surrounded by her family and close friends.Survivors include son Howard (Joyce) Hart, Green River, WY; daughter Becky (Rick) Howell, Sheridan; grandchildren Travis Hart, (Green River, WY), Denise Pernula, Michael Pernula, MD (Las Vegas, NV) and Eric Howell, MD (Seattle, WA); great-grandchildren Caitlin Hart, Rainen Pernula and Roman Pernula-Wright. She is also survived by her sister Phil Gill and Knova Xanders, Fairfield, IL, and brother Knofel Staton, Yuma, AZ. She is preceded in death by her husband, Bill, her parents and an infant brother.A Memorial Service will be held at 2:00 pm on Monday, November 9, 2015, at the First Baptist Church in Worland, WY, with Pastor Scott Longwell officiating.Kane Funeral Home has been entrusted with arrangements.