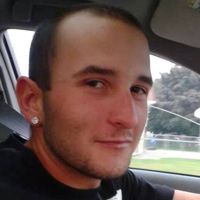 Ira Dakota Knudtson, 22, died on Thursday, April 21st, 2016 in New Richmond, Wisconsin. Born November 8, 1993 in Sheridan, to Melissa L. Swinyer and Curtis \"Skip\" Knudtson. Dakota was the 1st of the two children born to Melissa. Sister, Coral Swinyer of Buffalo, had a close bond with Dakota and always thought of her big brother as her role model and protector. He attended local Sheridan schools and obtained his G.E.D. though Sheridan College. Dakota had his one and only son, Connor A. Jewell, June of 2014. He worked many jobs in construction and loved to help people whenever he possibly could. His hobbies included skateboarding, camping, fishing, hunting, dirt-biking, four-wheeling, watching movies, as well as attending the yearly monster truck shows and rodeos. Dakota enjoyed hanging out and spending time with his family and friends. Grandparents, Clifford E. and Marie Swinyer of Sheridan, were a big part of Dakotas\' life, along with his cousin, Chad Morris of Sheridan, whom was more like a brother to Dakota than anything. Dakota\'s Legacy will live on through his death with the help of all of his family and friends.Dakota is preceded in death by his grandparents; Clifford E. Swinyer of Sheridan, and Coralee and Curtis Knudtson of Kaycee, along with numerous aunts, uncles, and cousins.Dakota is survived by his mother, Melissa L. Swinyer-Bagley, of Buffalo, his father, Curtis \"Skip\" Knudtson of Washington, sister Coral M. Swinyer along with an unborn nephew of Buffalo, his son, Connor A. Jewell of Sheridan, and grandmother, Marie Swinyer of Sheridan, along with numerous aunts, uncles, and cousins.Services will be May 21st, 2016,at 11 am at Grace Baptist Church,1959 E. Brundage Lane,Sheridan, WY 82801. A luncheon will follow at the church. Covered dishes are welcome.In Lieu of flowers, monetary donations could be made out for funeral costs to Melissa Bagley, in care of Bank of Buffalo, 106 Fort Street, Buffalo, WY 82834.