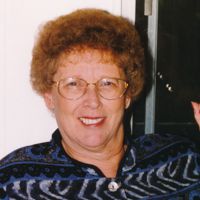 Irene Patricia Kekich passed away peacefully on May 4, 2019 at the Legacy Living and Rehabilitation Center in Gillette, WY. Irene was born August 4, 1940 in Sheridan, WY to Paul Frank Sieczkowski and Iva Genevieve (Osborn) Sieczkowski. She graduated from Sheridan High School with the class of 1958. Irene was a life-long resident of Wyoming and called Sheridan home until 2017 when she moved to Gillette due to health related reasons. Irene was an avid Denver Broncos fan and enjoyed watching the games on TV as well as in person when her health permitted. She also enjoyed watching softball, golf and game shows. Irene was predeceased by her parents, brothers Eugene Sieczkowski, Robert Siegoski, and her sister, Theresa Markham. Her youngest daughter, Christina Kay also predeceased her in 2012 from breast cancer.She is survived by her sister, Ruth W. Whaples of Renton, WA, her children, Melody Chapman of Texas, Tami Erb of Gillette, WY, Rado Kekich (Jackie Newman) of Sheridan WY and Shelly (Gene) Scott of Albuquerque, NM. Grandchildren Brittiny (Dave) Trevino of Texas, Billy Chapman of Texas and Reann Erb of Gillette, WY. Great grandchildren, Caidance, Shylo, Jesse, Josie and Carli. Several nieces and nephews also survive her. Per Irene’s request, no services are planned at this time. Memorials may be made to Bell Nob-Swing for the Cure at 1109 Indian Hills Drive, Gillette, WY 82716 or another charity of the donor’s choice.Kane Funeral Home has been entrusted with local arrangements.