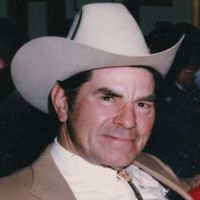 Jack Raymond Wilson, 92, of Lodge Grass, MT, passed away on Saturday, November 7, 2015, at the home of his daughter and son-in-law, Jacque and Scott Friedrick.Jack was born on March 7, 1923, in Sherian, WY, to Anna and Roy Wilson. He married Maxine Wilkes on November 9, 1942. They purchased the High School Hill Store in 1949, where some still say he and Max served the best burgers in town. Jack and Maxine were no strangers to hard work. In addition to running the store, for years Jack worked at the Sheridan Brewery and Coca Cola Bottling Company in the summers, and he owned and drove school buses for 28 years.In 1952, he and Maxine purchased a cabin on Ranger Creek in the Big Horn Mountains. It was a weekend ritual in the summer months, where family and friends gathered.Jack was a sportsman who enjoyed fishing, hunting deer, elk and pheasants.From childhood, Jack loved horses and dreamed of some day owning a cattle ranch. His quest began in 1959, when he and Maxine purchased a farm northeast of Sheridan, then a ranch on Tongue River, a ranch on Prairie Dog Creek, and finally a ranch in Lodge Grass, MT, on the Little Big Horn River. His son, Eddie was his loyal partner in all of those ventures.He was one of the founding members of the Peters Grazing Association, and he had a grazing permit on the mountain for the last 44 years.For many years, he and Eddie did custom farming and haying in Wyoming and Montana.  Jack was a great mechanic and blessed with a talent for fixing machinery long past its life expectancy.  Always thrifty, they never owned many new pieces of machinery.          Jack always had a passion for race horses.  In 1977, he purchased his first race horse.  For years, he and Eddie owned and trained many horses for themselves and others.  They raced horses from May through October primarily in Wyoming and Montana, but over the years also in South Dakota, Nebraska and Canada.  He and Eddie somehow miraculously managed to train and race horses in the middle of haying season.  Together, they accumulated 150+ win pictures.  The race track was truly a family affair, where a good time was had by all.He and Eddie enjoyed racing chariots in the wintertime.  It was incredible that anyone could “enjoy” running horses in the dead of winter all over the State of Wyoming-during blizzards and below zero temperatures.Jack loved a good cigar, and one rarely saw him without a cigar in his mouth - his signature trademark.Jack was preceded in death by his wife, Maxine, his parents, his brother Eldon Wilson and sister Telka Driskill.  He is survived by his son Eddie (Colleen), daughter Jacque Sue Friedrick (Scott),  grandchildren Wendy Balkenbush (Kenny), Jessie Cunningham (Casey), E.J. Panetta (Shiann), Laurie (Narvin) Russaw, and great grandchildren MaKenna Balkenbush, DeLani and Bailey Cunningham, Joseph Panetta, Denari Russaw, several nieces and nephews: Gay Patterson, Gary Wilson, Peggy Driskill Pooley, Jeanne Wilkes Harm, Susan Huegel, John Young and Lynn Snyder.Memorial to honor Jack may be made to The Sheridan Senior Center, 211 Smith St., Sheridan WY 82801, or to the Hospice of the Big Horns, PO Box 391, Sheridan WY 82801.