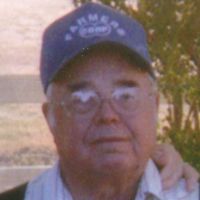 Jackson Sampson, 81, of Sheridan, passed away on Thursday, August 22, 2013 at Sheridan Memorial Hospital.Jack was born in London Mills, Illinois, to Ralph E. Sampson and Tresa (Combs) Sampson on August 6, 1932. When Jack was eleven years old, the family moved to Sheridan, Wyoming. Here they engaged in raising and trucking livestock. He enjoyed the country and his cattle. He was a self-made man who could fix or operate anything. He was a little coarse to people who didn\'t know him but was a big softy to his grandkids. He has a quick wit and a good sense of humor and never missed the chance to give someone a little teasing. He was stubborn but fair and was always there to help his friends and family. He especially liked helping them without them knowing. He was a hard worker and a great man who will be missed deeply. He was a life long member of the Disabled American Veterans.Jack graduated from Sheridan High School in 1952. In 1953, he served in the United States Army. Upon discharge, he returned to Sheridan and resumed ranching and trucking. Later in his life, he purchased several ranches that he operated with his son Kyle till the end.On August 20, 1962, he married Wyoma Jean West, a teacher. They had three sons, Cary, Gregg, and Kyle.Jack was preceded in death by his parents, his son, William Gregg, and his sister, Bonnie. He is survived by his wife, Wyoma; his sister, Lorraine Layton and her husband Dwight Layton; his son, Kyle and wife, Dianna Bennett; his son, Cary and wife, Nancy Sampson; his grandchildren, Ashley, Greggory, Jackson and Tristan Sampson, Mistie and Stormie Keeler, and several nieces and nephews.Graveside services will be Tuesday, August 27, 4:00 PM, at Sheridan Municipal Cemetery with Pastor Doug Goodwin officiating. A Celebration of Life will follow at a reception at the Elk\'s Lodge.Kane Funeral Home has been entrusted with arrangements.