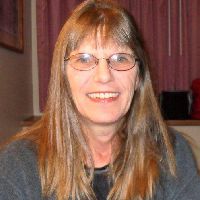 Jacqueline “Jackie” TwiteNovember 21, 1963 – October 25, 2014“Jackie” Twite of Sheridan, WY was 50, when she passed away after a 3 year battle with cancer. She had remained very positive throughout her illness. She always had a warm smile on her face. Jackie was a loving daughter and sister and worked as a custodian for Sheridan Jr. High for 7 years. She even named her custodian cart “Walle”. Jackie loved to go fishing and spend time with family. She was always busy and fun to be around. Her co-workers fondly nick-named her “The Energizer Bunny”.Jacqueline was well loved by family, friends and coworkers! She will be dearly missed by all. Jackie is preceded in death by her parents Alvin and Margaret Twite, her brother Pat, his wife Mary and son Andy. She is survived by her sister Susan and brother-in-law Kevin Oltmanns of Buffalo,WY, her brother Bill, his wife Tena and their two children Allyssa and Cory. Also many Aunts, Uncles and cousins.A Visitation will be held from 6 to 8 p.m. on Wednesday, October 29, 2014, at Kane Funeral Home. Funeral Service will be held at 2:00 on Thursday, October 30, 2014, at Kane Funeral Home with Pastor Dan Keller officiating. There will be a reception following the service at The Rock Church on Big Horn Ave.Memorials to honor Jackie may be made to the Sheridan Senior Center at 211 Smith St., Sheridan, WY 82801.Kane Funeral Home has been entrusted with arrangements.