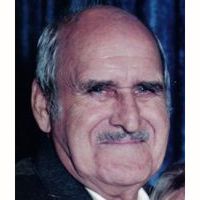 James B. \"Troop\" Stuart, III, of Dayton, passed away May 15, 2013. He joins his wife of 66 years, Irene, who passed away May 4, 2013.James B. Stuart, III, was born on July 31, 1925, in Romeo, Michigan, to Sarah \"Goldie\" Roswell and Ford Lee Stuart. He joined the United States Marine Corps in 1942. James married Irene Balanecki on December 28, 1946. They were married for 66 wonderful years and had three children. He worked for Michigan Bell Telephone Company, Chrysler and the Pontiac Motor Division of General Motors in Pontiac, Michigan.In 1971, after falling in love with the Big Horn Mountains, the family moved to Ranchester, Wyoming, and bought a gas station there to run as a family business. They operated Stuart\'s Enco, later Stuart\'s Exxon, until 1979. Irene and Troop decided to semi-retire at Georgetown Lake near Anaconda, Montana. There they ran Stuart\'s Georgetown Landing for 18 years. In 1997, they retired to Dayton, Wyoming.Troop enjoyed hunting, fishing, and being outdoors; wood-working; and doing crossword and jigsaw puzzles. He was very proud to be a United States Marine, and lived by their motto, Semper Fi; always faithful.James was preceded in death by his wife, Irene, and is survived by three children: one son, James (Betty) Stuart of Benson, AZ; two daughters, Cindy (Rick) Warnke, of Silverwood, Michigan; Laurie (Jesse) Hammett of Ranchester, Wyoming; five grandchildren (Scott, Sara, Michael, Aaron and Eli), and three great-grandchildren (Ty, Jacob, and Dalton).Troop was a quiet man of few words and sharp wit, yet had a strong sense of family ties and friendships. He will be greatly missed.In lieu of flowers, memorials to honor Troop can be made to the Sheridan Dog & Cat Shelter, 84 East Ridge Rd., Sheridan, WY 82801 or Joey\'s Fly Fishing Foundation, 109 South Main St., Suite B, Sheridan, WY 82801.A private family service will be held at a later date.Kane Funeral Home has been entrusted with arrangements.