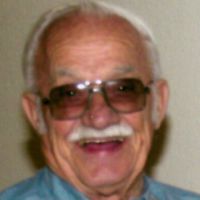 James Eman, 78, of Sheridan, passed away on Sunday, October 13, 2013 at the Sheridan Memorial Hospital.James was born January 13,1935 at Coleharbor, ND, to Fred and Lydia Bender Eman. He married Jeannie Schlafman in Bismarck, ND, on December 17, 1955.James was employed by Peter Kiewit & Sons, Inc. He worked for them in various cities and states prior to coming to Sheridan. He was transferred to the Sheridan area in 1964, accompanied by his wife and two sons. He retired from the Kiewit company after 31 years of employment.After retirement, he and his wife traveled in the United States and abroad. They had a winter home in Arizona for 23 winters. James\' hobbies, along with traveling, were woodworking and hand carving.Mr. Eman was a member of Trinty Lutheran Church. He was also a lifetime member of Elks BPO #520.Survivors include his wife, Jeannie; two sons, Jay D. Eman of Peoria, IL, and Jeffrey D. Eman of Lakewood, CO; their wives and six grandchildren and two great-grandchildren; two brothers, Donald Eman of Bismarck, ND, and Carlyle Eman of Webster, SD; and two sisters, Ruby Lounder of Woodstock, IL and Sharon Lewis of Hurst, TX; nephews and nieces. Two brothers, Larry Eman and Melvin Eman; and two sisters, Irene Johannes and Margie Janz preceded James in death.Cremation has taken place. There will be a private inurnment of ashes at a later date.Memorials may benefit the Sheridan Senior Center, 211 Smith Street; Trinity Lutheran Church, 135 Crescent Drive; or the organization of the donor\'s choice.Kane Funeral Home has been entrusted with arrangements.

Date:
Start Time:
Cremation has taken place. There will be a private inurnment of ashes at a later date.
Location:
Tribute VideoService VideoService Brochure