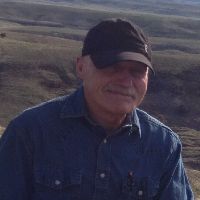 James Lee Drake (Jim) was born Sept 2, 1952 in Independence, Missouri to parents Juanita and Estel Drake (both deceased). Three sisters, Peggy Waymire, Sandy Hochstedler, and Paula Sue Drake (deceased) were excited to greet their new brother.Jim was an adorable, plump little boy with big blue eyes and freckles across his nose. Because he was a bit short and squat, his father nicknamed him \"Toad,\" a nickname that stuck with him to adulthood among family members and friends.Jim loved horses from the time he was very young. He would spend hours rocking and bouncing on his red, wooden bouncy horse, the springs on which were replaced more than a few times. His love of horses never waivered and he was most happy when he was riding, breaking, or caring for them.In addition to his love of horses, Jim loved Wyoming. He so wanted his sisters to see the beauty he saw in the landscape there. He was employed by Vacutech and enjoyed his work and association with coworkers there. Jim was content with his life in Sheridan and the friendships he had forged there.Jim served in the U.S. Navy from 1969 to 1971.In addition to sisters Peggy and Sandy, Jim is survived by stepfather, Glen Paronto, 3 nephews, one niece, two step-nieces, 3 great nephews, and 5 great nieces.Jim\'s violent and untimely death leaves his family and friends in shock and disbelief. Though he will be greatly missed, it is certain that his spirit is now at peace with those he loved who preceded him in death.A Celebration of Life and reception will be held from 6 to 9 p.m. on Tuesday, July 15, 2014, at 24 Dee Drive in Sheridan. Please join Jim\'s sisters in sharing your memories.Kane Funeral Home has been entrusted with arrangements.