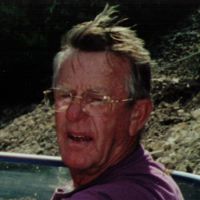 James McCullough, 79, of Sheridan, passed away on Friday, May 15, 2015, at his residence surrounded by his family. He fought a short battle with lung cancer,with courage and strength.Jim was born on November 30, 1935, in Hagerman, NM, to William Faye and Hettie McCullough. He grew up on the family farm in Hagerman with seven brothers and three sisters. After high school, Jim enlisted in the U.S. Army and served as a paratrooper in the 82nd. Airborne from 1958 to 1960.Jim worked for Peabody Coal for most of his life. While working in Oklahoma, Jim met the love of his life, Betty Jo Parker. They were married in Gallup, NM, on May 3, 1965. Jim\'s work in the coal industry took them to Illinois, Colorado, New Mexico and Utah. In 1971, he and Betty moved to Sheridan, WY, where they would live for the rest of their lives. Jim would leave at dawn for work, but came home still energized to maintain a stunning yard and beautiful flowers and vegetables. Whenever his children played sports across Wyoming, he drove in all kinds of weather to attend the games.He loved to hunt, camp, travel, and snowmobile in the Big Horn Mountains. He also spent many summer days driving his jet boat, with kids in tow on inner tubes, on Lake De Smet, Tongue River and Yellowtail Reservoirs.He instilled honesty, loyalty and humility in his children, nieces, and nephews. His support of, and love for, his family was unmatched.His faithful companion, Cheyenne (his beloved German Shepherd), traveled with him to work and play for 16 years.Jim was preceded in death by his parents, his wife Betty, seven brothers and three sisters. He leaves daughters, Mary and Tom Patterson, Donna McCullough and Wyeth Friday, Tracy and John Will; sons, David and Anne Robinson, Mark and Kerry McCullough, and James and Michelle McCullough. He also leaves numerous grandchildren, great-grandchildren, nieces and nephews.A Celebration of Jim\'s life will be held in July.Memorials to honor Jim may be made to the Hospice of the Big Horns, P.O. Box 391, Sheridan, WY, 82801.Kane Funeral Home has been entrusted with arrangements.