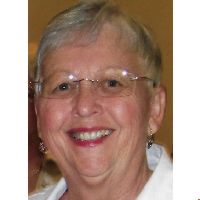 View Service FolderJane Lisbeth (Lodge) Kidneigh Medved passed peacefully from this Earth on April 7, 2017, in Sheridan, Wyoming after a hard fought battle with illness.Jane was born on September 9, 1941, to Maurice and Mabel Lodge in Sturgis, South Dakota. Before she was one year old, she and her family moved to Sheridan, Wyoming. She attended Coffeen Elementary, Sheridan Junior High School and graduated in 1959 from Sheridan High School. Jane graduated from the University of Wyoming in 1964. She then moved to Omaha, Nebraska with her husband Ken Kidneigh to embark on her teaching life. In 1968, Jane and Ken had their son Justin after moving back to Wyoming where she continued teaching in Casper. In 1977, she and Ken bought the Triangle C Ranch in Dubois, WY. Jane returned to teaching in 1979 embarking on a new journey. Eventually, Jane retired from school teaching after her years at Powell Middle School and St. Anthony’s School. In her retirement, Jane continued to teach students of all ages and imparted her love of writing and reading to many. Another love of Jane’s was golf which she inherited from her dad.Many would describe Jane as a gypsy, a free spirit, who desired to not only travel but to discover new experiences in life. Wherever she went she was a beacon of God’s glory and grace and filled the hearts of many people with joy and love. Jane lived her faith everyday with courage and pride. She truly demonstrated that she had a servant’s heart through her teaching and her belonging to her Beta Sigma Phi sorority.Jane is survived by her son, Justin (Gina); sisters, Suzanne (Chuck) Stewart and Sheila Kirby; grandchildren, Carmie Morton, Alexis (Wes) Walter, Emily Kidneigh, and Timothy Kidneigh; and several nieces and nephews. Jane was preceded in death by both of her parents and her husband Robert Medved.Donations can be made for a Memorial Scholarship to Sheridan College in memory of Jane Lodge Kidneigh Medved. Send to the Sheridan College Foundation, PO Box 6328, Sheridan, WY 82801.Services will be held at 2:00 on Friday, April 28, 2017, at Holy Name Church with Father Robert Rodgers officiating. A reception will follow in the parish hall. A private inurnment will be held.Kane Funeral Home has been entrusted with arrangements.