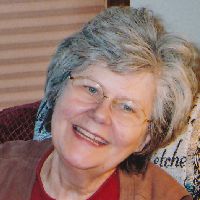 Janet E. Shepherd, 70, of Big Horn, passed away on Tuesday, January 3, 2017, at her residence.Janet was born on August 25, 1946, to parents LeRoy and Florence (Bunse) Schindler in St. Joseph, MO. She married Lewis Shepherd on June 20, 1968 in Kansas City, MO. She graduated from William Jewell College in Liberty, MO with honors, Summa Cum Laude in the class of 1968.Janet\'s working career included various positions in the Life Insurance Industry in Kansas City, MO and then in Hartford, CT. She joined Hewitt Associates in Lincolnshire, IL, a consulting firm where she became a partner until she retired in 2001.Janet devoted her life in Sheridan to serving others. She was a board member at Easter Seals of Wyoming and a full time volunteer at Sheridan County Chamber of Commerce from 2005 to 2016. She was especially dedicated to serving her Lord at Big Horn Community Church as a deaconess and in many other capacities.Janet is survived by her husband, Fr. Lewis Shepherd of Big Horn, WY, her daughter Christine Decker of Sheridan, WY, her sisters Barbara Armstrong of Ft. Wayne, IN, Carol Stapley of Gladstone, MO, and her mother Florence Schindler of Kansas City, MO.A Visitation will be from 6:00 pm to 8:00 pm on Tuesday, January 17, 2017 at Kane Funeral Home. A Funeral Service will be at 11:00 am on Wednesday, January 18, 2017, at the Big Horn Community Church with Pastor Sherman Weberg officiating. A reception will follow at the church.Memorials to honor Janet may be made to Easter Seals of Wyoming, 991 Joe Street, Sheridan, WY 82801.Kane Funeral Home has been entrusted with arrangements.