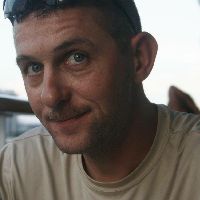 Jason Charles Marshall, age 38, of Roosevelt was taken from us to soon on Monday, September 11, 2017.Jason was born June 22, 1979 in Sheridan, Wyoming to Joseph Leonard and Cynthia Oliver Marshall. He married Chyrstal Funk on Sept. 21, 2002.He was a fierce friend and Soldier putting his family\'s first before himself. Not only his home family but his guard and oil field. He leaves behind countless friends who\'slives he has touched and changed for the better. Five children who he loved more than anything. He was an avid fisherman and would boast that he could out fish his sister anyday given the right bate and cast. He has worked in the oil field for just a little over five years finding a home with Bill Barrett. During his last deployment they stepped up andwere just like family. He would often joke with his oil field buddies and always had an ear to listen and would always go out of his way to help.He is survived by his wife, Chrystal Marshall, children, Atalia Dawn Funk, Jacob Charles Marshall, James Anthony Marshall, Rebecca Lynn Marshall, Elizibeth GraceMarshall, his parents, Cynthia Marshall, and Joseph & Mona Marshall, grandparents, Ken & Inez Oliver, sister, Virginia (Tim) Brewer, brothers-and-sisters-in-law, Victoria Gettle,Thomas (April) Funk, Hope (Robert) Hass, Mark (Brandi) Fallis, uncles, Dave (Wendy) Marshall, Mic (Cheryl) Marshall, Dan (Lori) Marshall, nephews, Nathan Brewer, Jonathon Marshall and numerous cousins.Funeral services will be held on Saturday, September 16, 2017 at 2:00 p.m. at the Roosevelt Stake Center. A viewing will be held 1 hour prior to the service. Military honors will be presented.Funeral services in Sheridan, Wyoming will be held on Tuesday, September 19, 2017 at 2:00 p.m. at Kane Funeral home in Sheridan, Wyoming. A viewing will be held 1 hour prior to the service.Burial in the Sheridan Municipal Cemetery with military honors presented.A reception will follow at the VFW.Condolences may be shared at www.hullingermortuary.comKane Funeral Home has been entrusted with local arrangements.