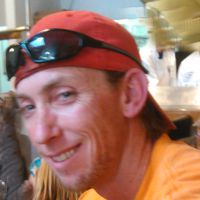 Jason O\'Neil, a carpenter and resident of Buffalo, WY died unexpectedly on August 29th, 2015, at the age of 35 in Sheridan, WY.Jason is survived by his parents, Lori & Michael O\'Neil; his brother, Rick O\'Neil; his two children, Faith & Joseph O\'Neil; his sister-in-law, Tiffany O\'Neil; 8 nieces and nephews, and countless other loved ones. Jason is predeceased by his grandparents, Guy & Lorene Hacker; Grandfather, John O\'Neil; his brothers, Ryan & Joseph O\'Neil; his aunt, June Johnson; and cousin, Greg Johnson.Jason was born on December 29th, 1979 in Roseville, CA to Lori & Michael O\'Neil. He attended Douglas High School in Minden, NV. Jason was a talented 3rd generation carpenter and enjoyed that as a profession for a majority of his life. He blessed this world with two amazing children with Barbie O\'Neil-Tese.Jason was a loving father, son, brother, friend and lived life to the fullest. Jason enjoyed the outdoors, camping, lakes and hiking. He recently bought a motorcycle and quickly became and avid rider and enthusiast, enjoying the freedom. Jason enjoyed building off road vehicles and going on adventures with his family and friends. Jason was a true talent and problem solver, always able to build and fix things beautifully. Jason loved his children so much, he would always talking about them and would do anything for them.His sudden passing leaves a great hole in this world, his family and all that new him. He will be missed by so many people that loved and cared for him.There will be 2 celebrations of life. The first will be Tuesday September 1st, 2015, at 5pm at the family home in Buffalo, WY. The second will be held Saturday, September 5, 2015, at 1pm at 119962 HWY 395 Topaz, NV.Jason wishes to be placed at peace with his brother Ryan O\'Neil. Ashes will be spread the morning of September 5th at a mountain location.Kane Funeral Home has been entrusted with arrangements.