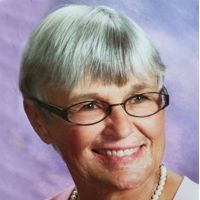 Jean Karen (Wales) Damson, 76, passed away October 13, 2016, at her home in Sheridan, WY.Jean was born in Satanta, KS, to Harold Osmond and Dorothy Jean Wales. The family subsequently moved to Cheyenne Wells, CO, where Jean earned her B.S. Degree from Colorado State University in Foods and Nutrition, in 1962. She completed her internship as a dietician at Massachusetts General Hospital in Boston, MA.In August of 1963, she married Robert Damson. The following year, Robert became employed with the U.S. Forest Service and the couple resided in South Dakota for four years. During this time, their four children were born. In 1971, they were transferred to Hunter Ranger Station in Wyoming and then to Sheridan in 1975, where Jean resided the remainder of her life.Jean enjoyed helping everyone; she was a true servant. As a dietitian, her heart was devoted to lessening the suffering of those she helped. She loved being in the mountains, reveling in the beauty of the changing seasons. She was devoted to her family. A humble person, Jean was committed to her church and her Savior, Jesus Christ. Her hope was for everyone to know and trust Him as she did.Jean was predeceased by her parents,and her sister, Virginia Gandy. She is survived by her sons, Mike(Melanie), Scott (Karen) and Jeff (Julie) and her daughter, Janet (Todd) (Damson) Renken and her sisters, Janice Spencer and Sharon (Henry) Averyt and seven grandkids and nine step grandkids.A Memorial Service will be at 2:00 PM, Thursday, October 20, 2016, at the Sheridan Wesleyan Church with Pastor Darrell White officiating. A dessert reception will follow the service at the Church.Kane Funeral Home has been entrusted with arrangements.