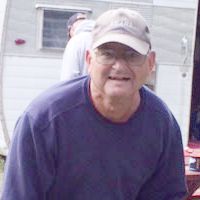 Jeffrey William Sholine was born April 6, 1955, in Fort Collins, CO, to Edwin L. Sholine and Alice (Foreman) Sholine. He passed away at his residence in Sheridan, WY, December 18, 2017.Jeff spent the first 4 years of his life on the family ranch in Glendevey, CO. The family moved to Saratoga, WY, in 1959, where his dad took a job as ranch manager for the Cedar Creek Ranch.As a young boy you could find Jeff dressed in his favorite blue jeans, cowboy boots with plenty of scuffs on the toes, his favorite cowboy hat which a distinctive shape of it’s own, a little toy pistol strapped on his hip and even then a “borrowed” snuff can in his back pocket. He spent hours building additions on his trucks and tractors that would resemble miniature haying equipment. He loved everything about making machines work.School was not of much interest to Jeff. Practically every day he would leave kindergarten and start his five mile journey to the ranch. Luckily, someone would pick him up along the road and bring him home.In 1974, Jeff graduated from Platte Valley High School in Saratoga. He attended Casper College and earned a degree in Mining Technology. He lived in both Gillette and Douglas where he worked in the mining industry.Jeff returned to Cedar Creek Ranch to work and in 1985, attended Wyoming Technology School in Laramie. He graduated in 1987, as a leader in his class. Fort Collins was his next move in 1987, where he was employed by Markley Motors for 14 years. He became a master Honda mechanic and was a valued and excellent technician.In 2001, Jeff moved to Sheridan to be closer to family and return to the Wyoming way of life he loved. He started his own business –Sholine Import Auto Repair. He has a great reputation as a Honda mechanic and small engine repairman for 16 years until his retirement.Jeff will be remembered as a kind, considerate and fair person to all. And one heck of a campfire cook with the Dutch oven!!Jeff was preceeded in death by his dad, Edwin Sholine in 2002. He is survived by his mother Alice Sholine of Sheridan, sisters Cyndee Jacobson of Sheridan and Sallie Tippie (Hutch) of Granby, CO, and numerous nephews and nieces.Family services will be held at Jeff’s favorite camping spot in the Snowy Range Mountains in the summer.Rest in peace Jeff.Kane Funeral Home has been entrusted with arrangements.