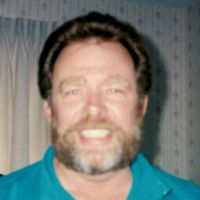 Jerry E. Shryack passed away Wednesday, September 10, 2014, while admitted to the Veterans Administration Hospital in Sheridan after a heroic ten-month battle with cancer; deteriorating quickly in the last week of a rich and exemplary life. His passing came while surrounded by the love of his family.Born Jerry Eugene Shryack in Worland, Wyoming, on September 12, 1937, to Delbert C. and Elsie O. Shryack, the family resided on the Neiber farm pioneered by his grandfather. When not assisting on the family farm, he was enrolled in the county school system - graduating from Washakie County High School in 1955. While in high school, he was active in numerous athletics teams and was a key member of three football state championship teams; still regarded as some of the best teams fielded in Wyoming gridiron action.Soon after high school graduation, he enlisted in the Army for two years. He was stationed in Stuttgart, Germany, as Specialist Third Class. Upon completion of his military service, he returned to Worland in 1958.In the year of his return he met the love of his life. After nine months of courtship, they were married at the United Methodist Church of Worland, on June 12, 1960. Out of this beautiful union came four lucky children and four marvelous grandchildren.Subsequent to returning home, he was employed at Worland Oxygen, the Wyoming Highway Department, and the U.S. Postal Service where he was employed for 28 years until his retirement in 1993. After his Postal Service retirement, he worked various part-time jobs. These included driving truck during harvest, relocating cars for a local auto dealership, and driving the shuttle bus for the Senior Citizens Center. For a brief period, he and his wife relocated to Windsor, Colorado, where they managed a self-storage unit business. It was seldom a day where he wasn’t at work. His life was exemplified by hard work, honesty, and devotion.Many of the fondest memories were of the annual vacation in the family pickup camper. He always enjoyed the outdoors – particularly his love for golf, shooting his collection of guns and archery bows, hunting with family and friends, and spending time at the family cabin.He had many friends and acquaintances. Those closest to him loved him. Those sharing paths with him knew where he stood. He was of unquestionable character and integrity. He knew his Savior in Jesus Christ and eagerly anticipated his walk with the Lord. Although finally home, he will be greatly missed.Jerry was preceded in death by his father, Delbert C. Shryack, in 1952 and by his mother, Elsie O.(Mammen) Shryack in 1999.He is survived by his wife of 54 years, Natalie (Deveraux) Shryack; his children, Michael (‘Gina’) Shryack of Highlands Ranch, Colorado, M. Douglas (Yvonna) Shryack of Sheridan, Thomas Shryack of Maricopa, Arizona, Kevin Shryack of Cheyenne; and his one sister, Shirley (Vincent) Martino of Denver, Colorado. His grandchildren include Dimitri Shryack, Levi Shryack, Lexi Shryack, and Kristen Shryack – as well as numerous cousins, nephews, and nieces.Funeral services will be held Tuesday, September 16 at 2 p.m. at United Methodist Church in Worland. After the service, coffee and dessert will be served at the church. The family is asking that any donations be made to the United States Veterans Initiative (usvetsinc.org).Cremation has taken place. Kane Funeral Home of Sheridan has been assisting the family with accommodations and plans for disposition.Kane Funeral Home has been entrusted with arrangements.