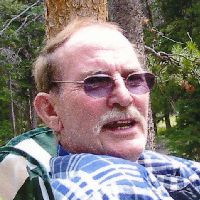 Jerry Wayne Horsley, 66 of Sheridan, WY, passed away on Friday, March 7, 2015 at the VA Medical Center.Wayne was born on December 24, 1948 to Sherman Horsley and Jeanette (Woodall) Horsley in Sheridan, WY. He grew up in Sheridan and graduated from Sheridan High School.  He served in the Army from 1968 to 1971 and was stationed in Vietnam.  For the last 20 years, he has worked as a Housekeeper at the Sheridan Veterans Administration in the Facility Management Services Department.  Prior to his VA employment, he worked as a water well driller in Corvallis, Oregon and a truck driver in Sheridan.  He was an extremely hard worker and took pride in a job well done.Wayne married Jayne Hoffman in 1973 and they had 2 beautiful children, Jennifer and Jacob, then divorced in the early 1990\'s. Wayne subsequently married Chris Copple (deceased). Years later, Wayne and Jayne returned together as best friends and partners.Wayne was a proud, kind, giving man with a heart of gold under a sometimes false gruff facade.   He was an avid outdoorsman with passions for hunting, fishing and gardening.  His family enjoyed the fruits of his labors with healthy food and beautiful flowers and gardens.   But, most of all he loved his family and children, Jennifer and Jacob, and his dear special nephew Rusty.  We all loved Wayne and will miss him but know that he is now at peace.Wayne was preceded in death by his parents Sherman and Jeanette Horsley (Sheridan, WY), sisters Virginia Boyko (George), Marian Schimck (Ernie) and brothers Don Horsley (Dorothy), Dick Horsley (Myrna) and Russell Horsley and ex-wife Chris Horsley (Copple). He is survived by his partner and ex-wife, Jayne Hoffman, daughter Jennifer Horsley of Missoula, MT and son Jacob Horsley of Bend, OR, special nephew Rusty Horsley of Laramie, WY and siblings Sherman Horsley (Jackie), Jack Horsley (Donna), Nancy Solem (John),  Maxine Nejedely (Joseph), James Horsley, Dale Horsley (Teresa), John Horsley (Ellie), and Frank Horsley (Carolyn) and many nieces and nephews.We would like to thank the Sheridan Veterans Administration for the expert medical care and heartfelt caring and compassion that Wayne received during his illness.  A Special Thank You to the entire 3rd Floor Hospital Unit.  We would also like to Thank the Sheridan Hospice staff (Lori) for their compassion, care and assistance.A Memorial Service with Military Honors will be held at the Sheridan Veterans Administration Chapel, Building 7, on May 15, 2015, at 2:00 pm with Chaplain Arden Haeffner officiating.Memorials to honor Wayne can be made to the Joey\'s Fly Fishing Foundation, 109 S. Main St., Ste. B, Sheridan, WY 82801.Kane Funeral Home has been entrusted with arrangements.

Date:
Start Time:
A Memorial Service with Military Honors will be held at the Sheridan Veterans Administration Chapel, Building 7, on May 15, 2015, at 2:00 pm.
Location:
Tribute VideoService VideoService Brochure