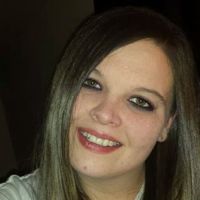 View Service Folder | Click for Video Tribute Jessica Denise Allred, 26, of Sheridan, passed away at her residence on Wednesday, February 25, 2015.Jessy was born on December 13, 1988 to Jay Allred and Laurie Nelson in Worland, WY.She currently worked at Frackelton\'s as a prep cook. She was introduced to the C.R. program at Cornerstone Church.Jessy loved singing, music and all animals. Everyone that she met were her friends, she never met a stranger. She put her friends ahead of herself, and kept them very close. She especially loved her dearest friends, her soul sisters Rachael and Sierra.Jessy was preceded in death by her grandfather, Stan Allred from Ten Sleep, WY, her uncle Jeff Allred from Worland, WY, her grandparents Golden and Clara Allred of Ten Sleep, WY, Doc O.E. And Mildred Bunnell of Worland, WY. She is survived by her mother, Laurie Nelson of Harrisonburg, VA, her father Jay (Penny) Allred, of Sheridan, WY, her sister Genavieve Trevino of Sheridan, WY, and all of her many friends.A Celebration of Life will be at 3:00 pm on Thursday, March 5, 2015 at Kane Funeral Home with Tri Robinson Ordained Minister from V.O.A. officiating. A reception will be held at the Calvary Baptist Church.Memorials to honor Jessy can be made to the Jessica Allred Memorial Fund, c/o Shannen at First Interstate Bank at 4 South Main, Sheridan, WY 82801, or mailed to 201 Kooi St., Sheridan, WY82801.Kane Funeral Home has been entrusted with the arrangements.