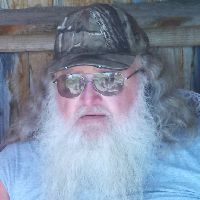 James Clarence Gussler, 61 died suddenly on Wednesday May 27, 2015. He was born November 30, 1953 at Hand County Memorial Hospital, Miller, South Dakota to Clarence A. and Joyce J. (Harms) Gussler. He moved with his father and brother to Rapid City, South Dakota in 1955.He attended Robinsdale Grade School, South Junior High and Graduated in 1971 from Stevens High School. After High School he worked on various ranches in South Dakota and Nebraska and some road construction in WY.In 1974 he entered the US Navy attending Boot Camp in San Diego, CA. After Boot Camp he attended Fleet Anti-Submarine Warfare Training Center for Sonar Technician Training. Commands after training including USS BAGLEY (FF-1069) where he spent time off the coast of South Vietnam at the close of the war, Fleet Anti-Submarine Warfare Training for additional Training, USS FANNING (FF-1076) as the Leading Petty Officer, Fleet Training Center as a Ship Anti-Submarine Warfare Inspector, and USS REASONER (FF-1063) as the Leading Anti-Submarine Warfare Expert. While stationed on the USS REASONER he took part in the initial phases of the IRAQ war in the 1990-1991. He departed the US Navy in 1992 as a STGC (Chief Petty Officer – Sonar- Surface).After Service he relocated from San Diego, CA to Sheridan, WY where he was part owner in G&G Products, building pole barns in the Sheridan area.In the Mid 1990’s he started working for NETSAFA (US Navy’s Agent for International Education and Training). He was responsible for training various foreign students in Sonar as part of Military Sales programs. This job required that he spend time at various ship yards Oregon, Virginia, South Carolina, California, and Florida. He was always on the move. Later transferring back to Sheridan when the job was complete.He then started driving a shuttle service for Union Pacific exchanging train crews from inbound and outbound trains from Montana to central Wyoming. His health forced him to quit.He lived in Sheridan for a number of years and in later years moved to Ranchester until his death.Preceding him in death were his father and mother. He is survived by his brother, Donald Gussler, six children from two marriages. Marie Brandt, Linda Daniels, Rebecca (Beckie) Gussler, Anita Gussler, Roberta (Bobbi) Gussler, and Thomas Gussler. He also had eleven grandchildren and one great grandchild.A Celebration of Life will be held at 11:00 a.m. on Monday, June 8, 2015, at the Sheridan American Legion with Military Honors. Inurnment will be held at 11:00 a.m. on Tuesday, June 9, 2015 at the Black Hills National Cemetery.Kane Funeral Home has been entrusted with arrangements.