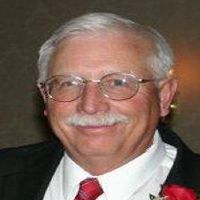 Jimmy Dean “Jim” McClure passed away on December 16, 2014 from a heart attack while doing what he loved, working outside on a tractor at the family place outside of Sheridan, WY.He leaves his wife of 40 years, Erna (Bitters) McClure; his daughter Chara (McClure) Blaszkowski and husband Jason; his daughter Choni (McClure) Bollinger and husband Nick; his son Wade McClure and wife Tracy; his mother Beryl McClure; his sister Deana May (McClure) LaChance and husband Robert; brother Merle McClure and wife Vicky; his sister Lucile (McClure) Gieswein and husband Ben; his sister Gail (McClure) DeSota and husband Thomas; four grandchildren: Zaygen and Curhan Blaszkowski, Chloe McClure, Sydney McClure, and one more in the oven; and many close friends.Born in Gillette, WY and raised between Recluse and Sheridan, WY, he was the son of Dean and Beryl McClure. In his early years he helped farm and ranch on the family place and joined the Army National Guard at age 19, serving six years as a Field Wireman before leaving the service at the rank of Specialist 6 (E-6). In his civilian capacity he began a long and distinguished career of 46 years in the oil and gas community and was working as a consultant for Hess Corporation when he passed.Jim was known for his honesty even when it wasn’t popular, his integrity, his kindness, his humor, and his unwavering love for his wife, Erna. Rare is it when a couple walks into a room and you can see the love they share and the happiness they bring with them.Aside from his love for his soul mate, Jim loved his children, his family, and his country. He also had a love for animals and a passion for widgets and gizmos. As a child, he built a go-cart from a bed frame, a lawnmower engine, and various other junkyard parts, to which he added a custom braking system. This passion followed him into adulthood, leading him to leave Wyoming with his family to continue his oil and gas career, where he many times designed and built gas plants from the ground up throughout the United States. As an adult his favorite hobby was to design and build solar energy systems.Years later, wanting to raise his children in the country, he bought a ranch and moved his family South of Broadus, MT where they farmed and ranched for 14 years. After all of their children left the nest, they moved to Sheridan, WY where Jim started consulting again in the oil and gas industry.At his request there was no funeral and cremation has taken place. In lieu of flowers, memorials may be made to the Sheridan Dog and Cat Shelter at 84 East Ridge Rd., Sheridan, WY 82801.He was a loving husband, father, friend, and mentor and will greatly be missed by all.Kane Funeral Home has been entrusted with arrangements.