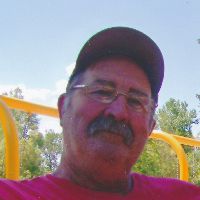 On the morning of November 12, 2015, our beloved husband and dad passed away.Joe was born on March 10, 1947, in Scottsbluff Nebraska to Orvin H (Slim) and Elizabeth “Betty” Flowers Kennedy. He was raised in Wyoming attending schools in Riverton, Rawlins, and finally NCHS in Casper where he met and married his true love Karen Jean Loucks on August 19, 1967. His job as a heavy equipment mechanic had him working in Wyoming, Montana, Alaska and Arizona. Retiring from Antelope Coal in Gillette. Joe was a life long Green Bay Packer fan and also a long standing member of Eagles #186 and the American Trike Association. He enjoyed woodworking, triking, camping and traveling. Joe most enjoyed spending time with his family and friends and teaching his three grandsons “shop talk”.Joe is proceeded in death by his parents, a brother David, a nephew and a very special mother-in-law. He is survived by his wife of 48 years Jean of Sheridan, daughter Kelli (Curt) Macha of Sheridan, son Cory Kennedy of Sheridan, his brother Bruce of California, grandsons Kevin of Gillette, Ethan of Sheridan and Kurtis of Sheridan, great grandsons Jayce of Gillette and numerous nieces and nephews. Per Joe\'s request there will be no services. Memorials can be made in Joe\'s name to Sheridan Senior Center (Attention home delivered meals) 211 Smith St. Sheridan Wyo, 82801. Kane Funeral Home has been entrusted with arrangements.