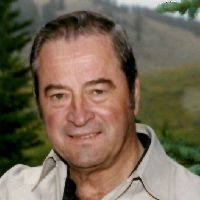 Joe Allison Naramore, 84, of Sheridan, passed away on Wednesday, July 16, 2014, at his residence. He was born on March 15, 1930, to parents William and Mabel (Allison) Naramore on the family farm in Goodman, MO.Joe enjoyed going to Deadwood, Keyhole Reservoir, the mountains, flying, and spending time with his brother, best friend, and business partner, Kenneth. He loved being with his kids and grandkids. He was a member of the Shrine, Rotary Club, Lion\'s Club, American Legion, all in which were in Gillette.Joe was preceded in death by his parents, his siblings, and former wife. He is survived by his children: Richard Joe Naramore, of Parker, CO, and Linda (Doug) Estes, of Sheridan, WY, his grandchildren: Annie, Ron, Jason, Tom, Jim, and Mike, along with numerous great grandchildren, nieces and nephews.Memorials to honor Joe may be made to the donor\'s choice.Services will be held at a later date.Kane Funeral Home has been entrusted with arrangements.