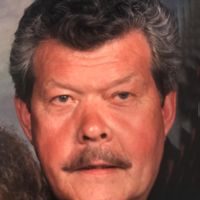 John A. Coulter, 84, of Sheridan, Wyoming, formerly of Billings, Montana, passed away August 25, 2017, at Sheridan Memorial Hospital. He was born June 15, 1933 in Charlevoix, Michigan to Avery Allen and Caroline Agatha (Owen) Coulter.John grew up in the Cross Village, Michigan area where he graduated high school and then went on to join the Navy. John was in the Navy when he met Margie Gillette. They married in Long Beach, California, at St. Bartholomew Catholic Church on December 31, 1955. In 1956, their first son Mike was born in the Navy hospital in Coronado, California. After John was honorably discharged from the Navy, they made their home in Billings, Montana. In 1957, their son Mark was born and in 1959 John joined the Billings Police Department. After retiring from the police force, John worked for the Billings School System. After retiring from the school district, John and Margie spent their winters in Yuma, Arizona and summers in Billings. They were members of St. Pius X Catholic Church for 40 years. In 2010 they moved to Sheridan and became members of Holy Name Catholic Church. John enjoyed spending time with family, hunting, fishing and golfing. He taught both of his grandkids to ride a bike, and later, how to drive a car.John is survived by sons Mike (Shirley) Coulter of Sheridan and Mark Coulter of Las Vegas, NV; siblings Tom (Agnes) Coulter of Cross Village, MI, Mike (Kay) Coulter of Petoskey, MI, Connie Coulter (Susan Plotts) of Cross Village, MI, and Barbara Coulter (wife of brother Lee); two grandchildren, Sarah Coulter of Philadelphia, PA, and Nicholas Coulter of Sacramento, CA, and great granddaughter, Brooklyn Coulter and 12 nieces and 10 nephews. He was preceded in death by his parents, son Gary Coulter, sister Phyllis (Bert) Pierce and brothers Lee Coulter and Jerry Coulter.A Visitation will be held at Kane Funeral Home on Thursday, September 7, at 5:00 p.m. with a Rosary at 7:00 p.m. with Fr. Glenn Whewell officiating. Mass of Christian Burial will be held at 10:30 a.m. on Friday, September 8, 2017 at Holy Name Catholic Church with Fr. Glenn Whewell officiating. A reception will follow at the Parish Hall. After the service, Committal with Military Honors will be held at the Holy Cross Cemetery (1601 Mullowney Lane) at 2:30 p.m. in Billings, Montana.In lieu of flowers, donations can be made to Holy Name Catholic School, 121 S.Conner St., Sheridan, WY 82801.Kane Funeral Home has been entrusted with arrangements.