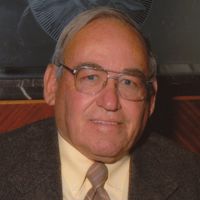 Click Here For DirectionsJohn Edward \"Jack\" Miech, 73, of Parkman, WY, passed away peacefully at his residence on Wednesday. April 24, 2013, with his family by his side.Jack was born to John and Maxine (Kinnison) Miech on March 27, 1940, in Sheridan, Wyoming. He attended schools at Slack and Ranchester, WY. He graduated in 1958. He played football and was an All-Star Player. He joined the Air Force in 1959. Jack married Carrie Zamora in 1963. They later divorced in 1982. Jack married his soul mate Maggie Schultz in May, 1985. He was an avid outdoors man and liked going to garage sales. Jack and Maggie owned and operated the Hitching Post Cafe in Dayton from 1984 to 1993.He was preceded by his parents, his daughter, Konni Jo Miech, his nephew, Robbie South, his grandsons, Dustin Farman and Jackson Schoumaker and his former wife, Carrie Schwartz.He is survived by his wife, Maggie of Parkman, WY, his children, Jonni Le (Stacy) Lahn of Sheridan, WY, Ronni (Tracy) Miech of Billings, MT, Lonni (Carol) Miech of Sheridan, WY, Mark (Cathy) Hoaglund of Andover, MN, Jennifer Miech of Brook Park, MN, Jacqueline (Sheldon) Shepard of Zimmerman, MN, Lance (Jayne) Hoaglund of Plymouth, MN, Bret (Theresa) Hoaglund of Elk River, MN, eighteen grandchildren and one great grandson. His sisters, Barbara (Lonnie) South of Miles City, MT and Diane Miech of Parkman, WY and his nephew Jason South of Miles City, MT.Graveside Services will be held 10:00 a.m. on Friday, July 5, 2013 at the Sheridan Elks Memorial Cemetery with full Military Honors. A Reception will follow in the Kane Reception Hall.When tomorrow starts without me,And I\'m not there to see,If the sun should rise and find your eyesAll filled with tears for me;I wish so much you wouldn\'t cryThe way you did today,While thinking of the many things,We didn\'t get to say.I know how much you love me,As much as I love you,And each time you think of me,I know you\'ll miss me too;But when tomorrow starts without me,Please try to understand,That an angel came and called my name,and took me by the hand,And said my place is ready,In heaven far aboveAnd that I\'d have to leave behindAll those I dearly love.But as I turned to walk away,A tear fell from my eyeFor all my life, I\'d always thought,I didn\'t want to die.I had so much to live for,So much left yet to do,It seemed almost impossible,That I was leaving you.Kane Funeral Home has been entrusted with arrangements.