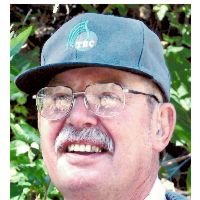 John Genereaux, 81, of Sheridan, passed away on Saturday, April 19, 2014 at his residence.John was born on September 9, 1932 in Cudahy, WI, to parents Joseph Henry and Loretta F. (Okray) Genereaux. The family moved to WY in 1945, settling in Big Horn. He attended school and graduated from Big Horn High School in 1952. He then went on to attend Sheridan College for two years and finished his education at the University of Wyoming.John met his future wife, Shirley Espy, while attending Sheridan College. They married between the last two years at the University. He served in the Army from 1956 to 1958 and in the Wyoming National Guard for three years as Communications Officer.John taught school at Big Horn High School for three years, at Woodland Park as Principal from 1961 – 1964, at Taylor School from 1964-1987, and at Central Middle School from 1987-1991. He retired in 1991 after thirty-three years of teaching in Sheridan County.John spent ten summers as packer for Teepee Lodge and Spear O Wigwam. He loved hunting, fishing, and camping out in the Big Horn\'s. He loved identifying wild flowers and birds in the mountains. He loved spending time with family. His grandkids and great-grandkids were cherished by him.John was a life-long member of Holy Name Catholic Church and a member of the Holy Name School Foundation. He was an active member of the Knights of Columbus for many years, serving two terms as Grand Knight of Council. He served as member of several teacher organizations.John was preceded in death by his parents, son, Michael David, grandaughters, Kaylee Jo and Kelsy Elizabeth Genereaux and a great grandson, Roan McLellan. He is survived by his wife, of fifty eight years, Shirley Espy Genereaux, brothers; Robert (Shirley) of Sheridan, WY, Peter (Jan) of Grand Junction, CO, sisters; Frances (Jack) Hansen and Patricia (Marc, deceased) Coffeen both of Sheridan, his children; Paul Joseph (Michele) Genereaux, Natalie (Alan) Telck, Sara (Sheldon) Bartel, Anna Davis, and Martha McLellan, his grandchildren; Jami, Adam, Amber, Dustin, Ashley, Brandon, Russell, Hannah, Brenda, Kyler, Hendrik, Oliver, great grandchildren; Michael, Sean Robert, Daniel, Braden, Rory, Jace Tanner, and Orlando.A Visitation will be held at 6:00 p.m. with a Rosary at 7:00 p.m. on Sunday, April 27, 2014 at Kane Funeral Home. Mass of the Christian Burial will be held at 10:00 a.m. on Monday, April 28, 2014 at the Holy Name Church with Father Ron Stolcis officiating. Interment will be held at the Mount Hope Cemetery with a Reception to follow at the Knights of Columbus Building.Memorials to honor John may be made to the Holy Name School Foundation in the name of John and Shirley Genereaux Trust at 121 S. Connor, Sheridan, WY 82801.Kane Funeral Home has been entrusted with arrangements.