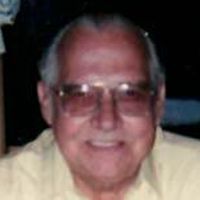 John H. Walter, 83, of Story, passed away on Tuesday, August 22, 2017, at his daughter\'s residence.John was born on July 28, 1934 to parents Charles Howard and Nellie Florence (Bace) Walter in Rago, KA. He grew up in Southern California, Pomona. He enlisted in the Navy July 28, 1951 – July 22, 1954 where he was on the USS Cisco Bay.John worked as a machinist at Aero Jet in Sacramento, CA. He owned and operated his own machine shop, and was the head machinist at Central Sanitary District in Concord, CA. He was injured on the job and went out on disability. He later returned to school at the Revere Academy of Jewelry Arts in San Francisco, CA and graduated as a Goldsmith, working the trade up until the day he passed away.Dad liked going to the Senior center in Sheridan, WY visiting with friends and playing cards.John was preceded in death by his parents. He is survived by his children; Diane Hoffman of Banner, WY, Jan (Ronald) Reece of Knightsen, CA, Bruce Walter of Knightsen, CA, brother Robert Walter of Wichita, KA, seven grandchildren and twelve great grandchildren.A Celebration of Life for John will be held at 11:00 am, Saturday, September 23, 2017 at the Story Women\'s Club, Story, WY with Pastor John Kyle officiating, with Military Honors.Memorials to honor John can be gifted to Diane Hoffman, PO Box 594, Story, WY 82842.Kane Funeral Home has been entrusted with arrangements.