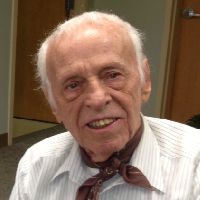 John Joseph Culhane, 83, passed away at the Veterans Hospital in Sheridan, WY, after a short battle with Alzheimer\'s disease. He was born February 21, 1932, in Lebanon, PA, to Thomas and Florence Trumbore Culhane.John spent two years in the US Navy and then went to Penn State University where he graduated with an Electrical Engineering Degree. He worked for many years as a consulting engineer.His sincerity, trustworthiness, loyalty and sense of humor were some of his wonderful traits. He was most contented being surrounded by those who loved him.Left to cherish his memory is his loving and devoted wife Diane of 23 years. He is survived by a daughter, Karen Burford, three great granddaughters, Lukas, Lydia and Molly of Fair Hope, AL, his son, Joel, Joel\'s wife, Karen and son, John Patrick of Sheridan. He will be missed immeasurably by those who loved him.A Memorial Service will be held at a later date. In lieu of flowers a remembrance may be given toward his burial costs or donate to the Sheridan Second Chance Cat Rescue at 305 Broadway, Sheridan, WY 82801.Kane Funeral Home has been entrusted with arrangements.