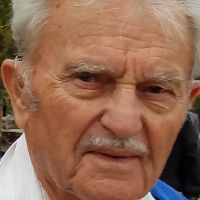 Johnny Kuncheff, 92, of Sheridan, passed away on Tuesday, February 14, 2017, at his residence.Johnny was born July 30, 1924, in Winton, Wyoming, a small coal camp just north of Rock Springs, now a ghost town. His parents, Chris and Mary Kuncheff, were immigrants from Bulgaria. Johnny grew up in Winton and graduated from Reliance High School, class of 1942. His studies at University of Wyoming were interrupted by World War II. He served as an infantryman with the army engineers in the South Pacific until after Japan\'s surrender. After the war, he completed his studies, graduating with a BS in mechanical engineering. For most of his career, however, he worked as a civilengineer as a civilian member of the US Army Corps of Engineers. He worked on flood control projects including projects in Farson and Rock Springs. In June of 1958, he married Irene Bonella, also an engineer, originally from Hudson, Wyoming, and they moved to Omaha, where their three daughters were born. After spending a year in Sheridan in 1965, they settled in Fort Peck, Montana, where he supervised hydroelectric power production and flood control on the upper Missouri River. Johnny retired in 1985 as the Area Engineer for the Corps of Engineers. In retirement he and Irene moved back to Sheridan, where he remained for 21 years.He was a devoted husband and father, and will be sorely missed by his daughters and grandchildren.He is survived by daughter Nancy Kuncheff, of Reno Nevada, her husband Bill Rolshoven , and their three sons John, Nathan and Joey; daughter Mary Barnhart of Parker Colorado, and her husband Randy Barnhart, and sons Adam and Bryan; daughter Dr. Patricia Tobi of Sheridan, Wyoming, and her husband Steven Tobi; niece Chris Veurink, and nephews Johnny, Barry and Val Eklund and numerous grandnieces and nephews.He was preceded in death by his younger sister, Mildred Eklund. He cared for his wife Irene through her struggle with Alzheimers disease until she passed away in 2010. They shared 52 years of happy marriage.Johnny loved to sing and dance, and socialize. He loved to fish and hunt and spend time in the mountains with friends and family. He was frequently to be seen walking with his little dog Smokey all over Sheridan in recent years.Memorial donations may be sent to the Sheridan Senior Center, 241 Smith Street, Sheridan, Wyoming, or Glaucoma Research Foundation, 251 Post Street, Suite 600, San Francisco, CA 94108For video of him flying on the trapeze on his 90th birthday, see https:// www.youtube.com/watch?v=VG5fhzEtyS0A Visitation will be held at 6:00 p.m. with a Rosary at 7:00 p.m. on Friday, February 17, 2017, at Kane Funeral Home. Mass of the Christian Burial will be held at 10:00 a.m. on Saturday, February 18, 2017, at Holy Name Church with Father Ron Stolcis officiating. Burial will be held in the Sheridan Elks Memorial Cemetery with Military Honors. A reception will follow in the Parish Hall.Kane Funeral Home has been entrusted with arrangements.