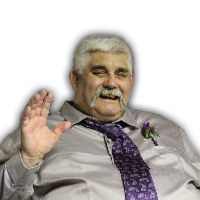 Joseph Paul Drog, 63, of Sheridan, passed away on Tuesday, March 21, 2017, at the Sheridan Memorial Hospital. He was born in Fullerton, NE to Edmund and Regina (Novak) Drog on January 23, 1954. He attended and graduated from the St. Edward school system in 1972. He spent a lifetime farming, ranching and driving truck in Nebraska and Wyoming.On January 24, 1976, he married Jean Marie Luck in Salina, KS. To this union three children were born. As well as farming and ranching he enjoyed fishing and spending time outdoors with his grandchildren and family. As a youth he was an active member of St. Edward FFA and 4H Club. As a member of St. Edward Catholic Church he earned a third degree of the Knights of Columbus.Joseph was preceded in death by his parents, an infant brother and an infant sister. He is survived by his wife of 41 years, Jean, son Brad (Kelly) Drog of Buffalo, daughter Jennifer (Spencer) Penn of Buffalo, son Justin (Heather) Drog of Sheridan, brother Mark Drog, sister Laurie (Don) Aden both of St. Edward, NE, five grandchildren and one great grandchild, numerous nieces and nephews.A Rosary will be held at 6:30 pm on Saturday, April 1, 2017, at Kane Funeral Home with Father Robert Rodgers officiating. A Reception will follow in the Kane Reception Hall.Interment will be held at a later date in St. Edward, NE.Kane Funeral Home has been entrusted with arrangements.