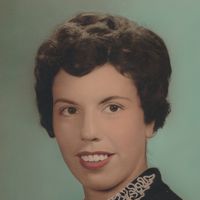 ‍Josephine “Josie” Vigil, 87, of Sheridan, passed away on Friday, August 17, 2018, at the Sheridan Memorial Hospital. She was born on March 19, 1931, in Ucross, WY to parents Celso and Ygnacia L. (Portillo) Guerrero. She attended school in Clearmont and later graduated from Sheridan High School. She married Abel Vigil on December 5, 1953. She worked at the Yonkee Ranch in Pass Creek, WY, the Padlock Ranch in Crow Agency and later to the Stevens Ranch in Otter, MT. After that she started her career in Nursing at the VA Hospital in Sheridan. Josie enjoyed gardening, sewing, quilting, playing cards, playing billiards, horseback riding, the outdoors, fishing, hiking in the mountains and spending time with her grandchildren and great grandchildren. She was a member of Holy Name Catholic Church and did volunteer work at the Children\'s Center and the Next to New Shop.Josie was preceded in death by her parents, daughter, Bernadette Shafer and several siblings. She is survived by her husband of 65 years, Abel, her children, Ernie (Nancy) Vigil of Portland, OR, Jennifer Vigil of White Fish, MT, Steve (Linda) Vigil of North Las Vegas, NV, Barbara (Gary) Crump of Fruita, CO, Ramon (Kate) Vigil of Sheridan, WY, 18 grandchildren, 31 great-grandchildren, 1 great- great grandchild, brothers, Joaqin(Adella) Guerrero of Sacramento, CA, Louis Guerrero of Portland, OR and sister, Theresa Guerrero of Eugene, OR.A Rosary will be held at 5:00 pm on Thursday, August 23, 2018, at Kane Funeral Home. A Memorial Mass will be held at 10:00 am on Friday, August 24, 2018, at Holy Name Church with Father Clark Lenz officiating.Kane Funeral Home has been entrusted with arrangements.