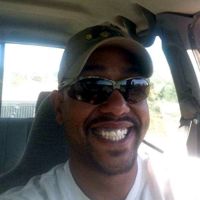 Joshua Maurice Davis (Montana Black)Left this world May 3, 2016 to guard heavens gates. Joshua was born June 15,1987. He moved around a lot as a child adding to the people that loved and cared for him. He graduated from Billings Senior High School in 2006 and joined the Marine Corps in August 2007. He was an infantry man. Josh had a love for nature and after the Marine Corps, he delved in to the catching of all creatures. With his passion for nature he became a taxidermist. Joshua was preceded in death by his younger brother Tony Maurice Davis Jr. He is survived by his sister Kayla & Jonathan Gonzalez , niece Reyna, parents Vicki Foss Ingraham & John Ingraham, siblings: Kristy (his snot nose princess), Jamey, Tyler, Barb & Joey Maslowski, and nephews Corbin, and Brody; Close personal friends of Joshua who he loved as brothers and sister: Ernest Scott Blackwell, Alana Bohannon, Kellan Sims, Jacob Schenck; Biological parents Tamara (Rachel) Ybarra and Tony Davis Sr. as well as numerous other family members. Services will be held Wednesday May 11, 2016 at 2pm at the Yellowstone National Cemetery in Laurel MT, with a celebration of his life at the VFW Post 6774. Casual dress as Josh would see fit. Kane Funeral Home has been entrusted with arrangements.