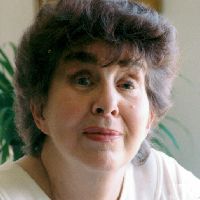 Joyce Hartzell Rodell was a woman of deep faith and left for her heavenly home on October 25, 2014.Joyce was born in Tyler, Minnesota, December 22, 1928 to Adolph and Ida Hartzell of Russell, Minnesota. Following graduation from Russell High School assalutatorian, she did her undergraduate work at Sioux Falls College in Sioux Falls,S.D., graduating in 1950 with minors in speech, drama and English. Her minor was music.She did her graduate work at the Universities of Minnesota and South Dakota. She acted in theater the summers of 1952 and 53.She taught high school and college and was the director of an advertising agency in Denver, CO and later the editor-in-chief of a publishing company in Minneapolis, MN.Always a free-lance writer, Joyce authored numerous books, plays, films, verse, television comedy, articles and children’s material, including a 3-act musical. One of her children’s books, Young Ladies Don’t Slay Dragons, is a modern classic and has been included in classroom textbooks throughout some 30 years.One of her scholarly articles was printed in the English Journal and then reprinted in the professional journals of England, Canada and Australia.Books she wrote for others included a minister/policeman, a marketing consultant, and a medium who later endorsed Christianity. She edited books for many, including three medical doctors, a minister, a crime writer and a political figure.She wrote for television’s All in the Family and a screen treatment for a Hollywood movie. The newspaper USA Today asked her to write an article about a book she wrote on addictions. She did so and was later contacted to appear on talk shows around the country. Personal issues prevented her doing more than one.She wrote a monthly satirical humor column for the Sheridan Press for ten years.Joyce was married for 20 years to Eldon Hovelsrud and the couple has two daughters: Angela and Cynthia and their husbands, Rich Gilbert and Steve Puchek, four grandchildren: Natalie Oehlerking (Andy) and Jeff Gilbert and Halston and Preston Puchek. She has two great grandchildren: Jakob and Allison Oehlerking.In 1998 she married Don Rodell, wildlife artist of acclaim. With that marriage, she gained two bonus sons, Mike and Greg Rodell and their wives, Lynn and Lesley and granddaughter Lindsey Rodell Burgess.Joyce has a twin brother John Hartzell and his wife Mary, treasured nieces, nephews, cousins and many other relatives and friends. Her parents, husbands, a brother and a sister preceded her in death.Services for Joyce will be held at 10:00 a.m. on Saturday, November 8, 2014, at St. Peter\'s Episcopal Church.Donations in her memory may be sent to the Samaritan’s Purse for helping people in need around the world, to the Senior Center or to the outreach program of St. Peter’s Episcopal Church in Sheridan.Kane Funeral Home has been entrusted with arrangements.