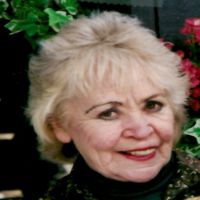 View Service Folder | Click for Video Tribute Joyce M. Armer, went to be with her Lord and Savior peacefully on February 1, 2014. She was born in Paragould, AR on May 26, 1937, to Johnny and Velvie Lovelace. She moved to CA when she was eleven years old with her parents, brother and sister. She graduated from Gonzales High School in Gonzales, CA in 1956.Joyce was married on October 3, 1959 and had six children, three boys and three girls. She spent her life working with people. She moved to Sheridan, WY in 1996, working at Bear Lodge Resort until her retirement in 2005.Joyce enjoyed the Big Horn Mountains, being around people and making them happy. She loved Elvis Presley, Burt Reynolds, Dale Earnhardt and the Statler Brothers. She made many friends throughout her life-time; she was loved by all and will be terribly missed. Rest in Peace Mama.Joyce was preceded in death by her parents, Johnny and Velvie, brother, Winston Mac, son, Wade, daughter Darla, and her beloved poodle, Buttons. She is survived by her brother, Eugene Lovelace, sister, Delores Richardson, daughters, Tammara (Terry) Parsley, Lara (David) Galbreath and two sons; Winston (Robin) Lovelace, Brent Armer and numerous grandchildren, great-grandchildren, nephews, nieces, and her beloved tabby cat, Pumpkin.A Celebration of Life is planned for Saturday, February 8, 2014 at 10:00 am at the Cornerstone Church with Pastor Tony Forman officiating.In lieu of flowers the family request that donations be sent to the Sheridan Dog and Cat Shelter in Joyce\'s name to 84 East Ridge Road, Sheridan, WY 82801.Kane Funeral Home has been entrusted with arrangements.