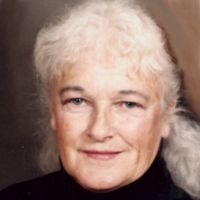 Judith Florence Blakeman, 74, of Sheridan, passed away at Westview Health Care Center on Thursday, February 27, 2014. Judy was born in Pendleton, OR. on August 11, 1939 to Kenneth and Florence Hutchins. The family moved to Sundance, WY when Judy was a young girl and she attended schools there graduating from Sundance High School. She married Tom Beagle and they had three children Jody, Todd and Kelly. They later divorced.Judy worked as a bookkeeper and in real estate in Sundance. She moved to Sheridan in 1989 to attend the nursing program at Sheridan College where she graduated as an LPN. She married Jerry Blakeman on August 8, 1990. She worked at Sheridan Memorial Hospital until her retirement.Judy enjoyed reading, golfing, fishing, going to Deadwood and spending time with her family. She was a member of the First United Methodist Church.Major health problems in the last five months resulted in Judy receiving rehab services at Saddle Ridge Rehab at Westview. Her family is very grateful for the care she received from all the staff there.Judith was preceded in death by her parents, sister, Chris Rathbun, brother, Clinton Timmons, infant daughter Kelly and beloved cat, Lizzie. She is survived by her husband Jerry, of Sheridan, WY, her daughter Jody Shrine of Fort Collins, CO, son, Todd Beagle of Livingston, MT, stepson, Loren Blakeman of Sheridan, WY, Brian Blakeman of Sheridan, WY, Deah Hendriksz, of Los Angeles, CA, granddaughter Amanda (Blake) Farrar of Texas, sister, Pat Wade of Oregon and aunt Rita Schmeiser of Oregon.Memorial Services for Judith will be held later this year in Sundance,WY and her ashes will be interred with her daughter.Memorials to honor Judith may be made to the Sheridan Senior Center at 211 Smith St., Sheridan, WY 82801 or to the Sheridan Dog and Cat Shelter at 84 East Ridge Road, Sheridan, WY 82801.Kane Funeral Home has been entrusted with arrangements.