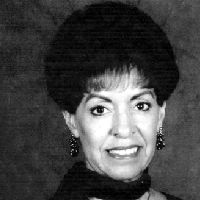 Judy Gay Dregoiw  March 6,1943-Jan 6,2016 Judy G. Dregoiw, of Sheridan died Wed. Jan 6, at Saddle Ridge (West View nursing home). Judy was born March 6, 1943.  She attended Sheridan Public School and went of to Sheridan Junior College and majored in Nursing and from there she went to university of WY receiving her Bachelors Degree in Nursing. She  went on University of Denver to get her Masters degree in social work.  She went to Hawaii and worked there for a while and came back to Sheridan.  She has worked at the U.S.Dept. Of Veteran Affairs in the Veterans Health Administration up until retiring in 2010       Upon retirement she had spent a lot of time with her mother and dad..  She had several poodles that she loved dearly and also spent lot of time at Al-A-Non and like to walk, sing in some of the choirs and did makeup for several plays in the community. She leaned to fly and shoot a gun.      She was preceded in death by her mother(Margery Wagner Dregoiw) and her dad (John J D Dregoiw)    Judy is survived by her sister Linda, husband Jelmer Johnson, son Ed & Bonnie, grandson JD and daughter, Robin Johnson Weis & John and grandchildren Klinton and Shelby her brother Mickey and friend Jackie, son Glen and & Amanda Dregoiw and  grandchildren,Lucas, Lennon, Karson & Harper.    A memorial service will be held around her birthday (March 4, 2016) at the Trinity Lutheran Church at 11:00 am.

Date:
Start Time:
A memorial service will be held around her birthday (March 4, 2016) at the Trinity Lutheran Church at 11:00 am.
Location:
Tribute VideoService VideoService Brochure