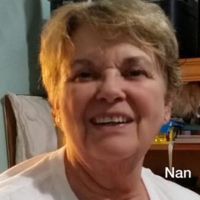 Heaven gained another good one... on Friday, December 29, 2017, Our Heavenly Father called back a true angel on earth; Kathleen Maria Powell passed away at her home on Friday, December 29, 2017 at the age of 70. Kathy as she was known to everyone was born in Columbia, TN, on February 21, 1947.Kathy enjoyed her faith, her friends and her “children” the most. She was a teacher at Sheridan Junior High for over a decade and also worked at Sheridan High School prior. Her greatest joy was always being surrounded by children. Whether at church teaching Sunday School or inviting the neighborhood kids to look at her garden and her crazy chickens. She always had time for the kids.Preceding Kathy in death were her mother, father and loving husband, Arnold “Ozzie” Powell. She is survived by her sister, Molly Omo, her brother, Tom White, her children, Samantha Scott and Thomas Powell, her four grandchildren, Veronica Sims, Graycin Powell, Maizy Powell, and Jovial Powell, which were and always will be her greatest pride.A Viewing will be held at 9:00 a.m. prior to the Service at 10:00 a.m. on Saturday, January 6, 2018, at The Church of Jesus Christ of Latter Day Saints. Burial will be held in the Sheridan Elks Memorial Cemetery.Kane Funeral Home has been entrusted with arrangements.