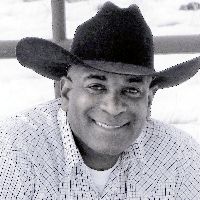 Kevin Renard Carden, affectionately known as KC to most everyone, crossed the finish line of his final race in this life and passed peacefully away at his home, surrounded by his family, on February 13, 2018.Born on May 10, 1967 in Dallas, Texas to Jasper & Karlean Carden, who divorced when he was young, KC spent his childhood in Dallas. He attended Dallas Roosevelt High and became part of a 1600 meter relay team which won the Texas high school championship, Texas Relays, and set a national high school record in 1984. He was also an alternate on the 1984 US Olympic team as well.He attended Oklahoma State University, where he received a degree in education, and after coaching for a year, began training race horses full time in 1991. Over the next 19 years, with 515 wins from 3673 starts at tracks throughout the country, his training program at Futurity Farms in Elgin, Texas, produced three world champions and horses which earned over $4.6 million. He also owned, bred, and trained Brindis Por Cayenne, which earned over $454,000 and has gone on to become a successful sire. He was champion trainer in 2004, 2008, and 2009, and leading owner in 2006 and 2007 in AQHA\'s Racing Challenge.He met his future wife, Candice Frome, while she was working as a veterinarian in Elgin. Though he never thought he would ever settle down, true love convinced him otherwise, and they were married on October 10, 2006. She started a mobile veterinary service. They spent the next several years traveling and working at various racetracks together. They welcomed a daughter, Kamryn, in 2010. She was and is, by far, his proudest achievement. KC stopped training horses once Kamryn arrived, and immensely enjoyed several years of being a full-time dad.The family settled in northern Wyoming in 2011, and together they owned and operated Powder River Veterinary Hospital in Kaycee and Sheridan, Wyoming. KC also continued to be involved with horse racing and ranch sorting. He was unexpectedly diagnosed with aggressive, stage 4 prostate cancer late in 2016, but continued to live life to the fullest, always thinking of others before himself, and continuing to serve them even when he was very ill. His friendly demeanor, bright smile, contagious laughter, and big heart forever endeared him to all he met. He was a very respected and dearly loved “father figure” to many young people throughout his life, and loved time spent with family and friends.He will be dearly missed, but his legacy of love, patience, and service will live on through all the lives he has touched.Funeral services are planned for Saturday, February 24, at 10 am in Sheridan at The Church of Jesus Christ of Latter Day Saints Chapel on 2051 Colonial Drive. There will be a viewing at Kane Funeral Home on Friday, February 23 from 6-8 pm, and a viewing at the church on February 24 from 8:30 am to 9:45 am prior to the service.Donations may be made for Kamryn at First Federal Savings Bank, 46 W. Brundage St., Sheridan, WY, 82801 ATTN: Karen Stanton or to Cowboy State Bank, 232 E. Grinnell St., Sheridan, WY 82801 ATTN: Sam Summers.Kane Funeral Home has been entrusted with arrangements.