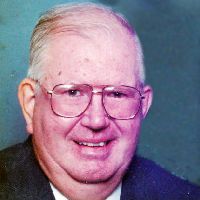 Kenneth L. Ellenwood, 71, of Sheridan, passed away on Wednesday, May 6, 2015, at the VA Medical Center.Ken was born on February 6, 1944, in Sheridan, WY, to Bennett Earl and Margaret Francis (Krezelok) Ellenwood and was the proud big brother to his two sisters, Bonnie and Delores and brother, Mike. He grew up on the Ellenwood Ranch, south east of Sheridan. Ken attended 1st through 8th grade at the Ucross School in Ucross, WY, and graduated from Sheridan High School in 1962.While in High School, Ken excelled scholastically as President of Honor Society as well as President of F.F.A. He was elected County Assessor of Wonderful Wyoming Boys State his Junior year and proudly played basketball for the Sheridan Broncs. Ken greatly admired his coach, Morris Zempel, and stayed friends with him during his adulthood.Ken attended Sheridan College and graduated from the University of Wyoming in 1967 with a degree in Vocational Agriculture. He taught at Clearmont High School for three years but his dream job was ranching with the man he admired most, his father, Earl (Dizzy) Ellenwood, on the family ranch.Ken served, stateside in the United States Army during Vietnam War as an ambulance driver and X-ray Technician and was honorably discharged in 1969. He received the National Defense Service Medal and the Sharpshooter Badge with Rifle Bar M-14.Ken married his sweetheart, Stella Jean Bentzen, of Sheridan, February 23rd, 1969 at the First Baptist Church.Ken was proud of being a Cowboy and did a great John Wayne impersonation. He loved to play cards, spend time with friends and family and play guitar, accordion, harmonica. Three of his biggest fans were his wife, Jean and their two beautiful daughters, Nicky and Janell. He dearly loved his family and was so proud of both of his daughter\'s accomplishments.Ken was diagnosed with Multiple Sclerosis in 1980. Although he finally had to leave the ranch work he loved, he continued to be a great source of love, encouragement and support to his family and a great inspiration to each person he met.The Sheridan Press nominated him as one of their 10 nominees for 1998, Sheridan Man of the Year. Ken was also named 1998, Father of the Year for the Wyoming Chapter, National Multiple Sclerosis Society. He was a member of the First Baptist Church and loved his Lord and Savior Jesus Christ.Ken leaves behind his wife Jean, daughter, Nicky (Kevin) Legerski and grandson Ashton, daughter, Janell (Justin) Hulford and grand children Kendra, Brandi, Kenneth and Bowen. His Mother, Margaret Ellenwood of Banner, WY, sister Bonnie Ellenwood of Buffalo, WY, sister Delores (Juaquin) Michelena of Arvada, WY, brother, Michael (Bonnie) of Banner, WY. Aunt Enid Krezelok of Banner, WY and numerous cousins, nieces and nephews.Special thanks to our great nurses aids from Help At Home and to the wonderful staff at the Mountain View Living Center and Sheridan V.A. Hospital, for their many years of service and loving care of Ken.A Celebration of Ken\'s life will be held at the First Baptist Church in Sheridan at 10:00 a.m. on Saturday, May 16, 2015, with Pastor John Craft officiating. Military Honors will follow the Service.Memorial donations can be made to the Wyoming M.S. Society at Petroleum Bldg, Suite 103, Casper, WY 82601 or to the First Baptist Church Building fund at 3179 Big Horn Ave., Sheridan, WY 82801.Kane Funeral Home has been entrusted with arrangements.