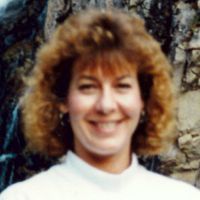 Kim was born on September 4, 1959 in Sheridan, WY to Wilbert Mills “Bill” and Shirley Ann (Stites) Fry. She was raised in Sheridan and graduated in 1977. She married John Leman on September 4, 2002. She enjoyed playing the piano, fishing, camping, riding the Harley and her St. Bernards. She loved spending time with her husband, family, children and grandchildren.

“She was loved and she was my hero. Her love and support was always there no matter what and she is the reason why I became the man and father I am today.” from Charlie.

Kim was preceded in death by her grandparents and her parents. She is survived by her husband John, children, Charles (Stephanie) Kane of Ft. Rucker, AL, Adam (Laura) Kane of Sheridan, WY, her sisters, Brenda (Ron) Johnson of Seattle, WA, Paula Fry of Austin, TX, and her brother Mark Fry of Tacoma, WA.

A Celebration of Life will be held at 2:00 p.m. on Tuesday, June 18, 2013 at Kane Funeral Home with Pastor Doug Goodwin officiating.

Memorials to honor Kim can be made to the Brain Injury Association of Wyoming, 111 West 2nd Street, Casper, WY 82601 or to Kelly Schreibeis Memorial Foundation, PO Box 6786, Sheridan, WY 82801.