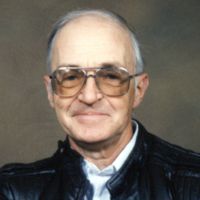 Click Here For DirectionsLarry Eugene Foster, 77 years, 3 months and 24 days young, went home to be with our Lord Jesus Christ on Sunday, July 14th, 2013 at Westview Health Care Center in Sheridan, WY.Larry was born on March 20th, 1936 to Leonard and Leona (Bryan) Foster in their home near Berwyn, NE where he lived with his big sister, Lea Dell, and little brother, Lynn. Graduated High school in Ansley, NE in 1954. He was in the Army from 1955 till 1957 till honorably discharged. Then he decided to attend Bible College in Minneapolis, MN where he met his beautiful wife, Ruthy Ostlund, and are still together ... exactly 54 years, 7 months and 15days. While Larry finished college, Ruthy delivered a baby girl, LaRae. Then the three of them went to pastor at the Indian Mission in Couderay, WI, and to this day they still have a love in their hearts for all Indian tribes. While there they produced a baby boy, Loren. Later moved west to Rupert, ID where the youngest child, Lyle, was born. Loving the area so much, they stayed for 17 yrs serving the Lord in many areas of service. By 1980, Larry still had the desire to serve as a pastor and moved on to Riverton, NE for over 9 yrs, loving and teaching all who would listen. Later, word came that Dubois, WY was in need of his teaching and guidance as a pastor. After serving for over 7 yrs in Dubois, he and his wife retired to Sheridan, WY to be near their children and grandchildren, by Loren and Wendy (Bloxom); Lindsay and Clint Foster.Larry\'s passions in life were serving his Lord first and then his family, they were his pride and joy. You\'d find him fishing in rippling brooks and mountain lakes, golfing on any course available, hunting wild life, water and snow skiing, playing ball... any type of ball would do. He was a devoted NE Huskers fan, wrestled with his boys, taught young people (any age) about God\'s love, lots of reading and learning more about God and His Blessings.Larry was preceded in death by his parents, Leonard and Leona (Bryan) Foster, brother in law, Fred L. Jones and two nephews, Daryl Foster and David Foster. He is survived by his devoted wife, Ruthy (Ostlund) Foster of Sheridan, WY, along with his 3 children, LaRae (Foster) and her husband, Mark Reeves of Buffalo, WY, Loren Foster and his present wife Deb (Podolak) of Wibaux, MT and Lyle Foster of Holdrege NE. Grandchildren, Lindsay and Clint Foster both in Sheridan, WY. His sister, Lea Dell (Foster) and her husband Bob Collier of Broken Bow, NE and brother, Lynn and his wife Ruth (Wooters) of Ansley, NE, as well as nieces and nephews, Larry Lee Jones, Judy (Jones) Burnett, Ronald M. Jones and wife Angie (Wright) Jones, Julie (Foster) Skeels and husband David Skeels.A Celebration of Life for Larry will be at 11:00 am, Tuesday, July 30, 2013 with family reminiscing and enjoying Larry\'s favorite songs at the First Assembly of God Church located at 606 S. 3rd Ave. in Broken Bow, NE. A Pizza luncheon (one of Larry\'s favorite foods) will be held in the fellowship room at the church following the service.While Larry\'s heavenly body enjoys his new home in heaven, his earthly body will be resting in Janesville Cemetery east of Broken Bow, NE.Donations to honor Larry can be made to the First Assembly of God Church (to support several missionaries), located at 1045 Lewis St. in Sheridan, WY 82801.