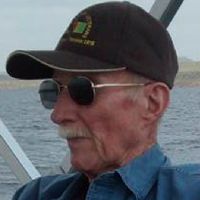 Larry Glenn Davis, 70, of Buffalo, passed away on Sunday, August 23, 2015, at the Johnson County Health Care Center. Larry Glenn Davis was born on January 4, 1945, in Dallas, TX to Francis Dowell Davis and Glenn F. Davis. He grew up and received his education and graduated from Thomas Jefferson High School in Dallas, TX. After High School he enlisted in the Air Force where he served in the Vietnam War. He was married to Cecilia H. Meyer on January 1, 2000, in Sheridan Wyoming, and they made their home in Buffalo, where he worked in construction and retail. Larry found joy in wood working, cooking and eating great food, and surrounding himself with friends. He loved his animals and had a wonderful sense of humor. He is survived by his wife Cecilia H. Meyer and their two dogs, Cinnamon and Harley, and their cat Tinkerbell. He was preceded in death by his mother, Francis Dowell Davis and Father Glenn F. Davis, and his sister Sharron Chapman.A private Celebration of Life will be held in the Big Horn Mountains on Red Grade at a later date. In lieu of flowers donations can be made to the family to help with final expenses for Larry in careKane Funeral Home has been entrusted with arrangements.