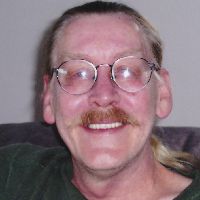 Larry Wayne Bercot, 67, of Sheridan, returned to the peaceful love of his Heavenly Father\'s embrace on November 24, 2017, at St. Vincent\'s Hospital in Billings. Larry moved to Sheridan, Wyoming in 1985, where he met and fell in love with Dorothy (Strong) and together they had the Brady Bunch. Six children Troy, Angel, Vance, April, Aaron and Amy. They blessed him with 13 grandchildren that he loved dearly. Larry was preceded in death by his parents Bruce and Marjorie (Carn) Bercot. and his little sister Debbie Cassidy. He is survived by his wife and children, two sisters, Donna Carnell and Jane Kuhfahl and one brother David Bercot. Graveside Services with Military Honors will be held at 10:00 am on Thursday, November 30, 2017, in the Evergreen View section of the Sheridan Municipal Cemetery with Bishop Bailey officiating.Kane Funeral Home has been entrusted with arrangements.