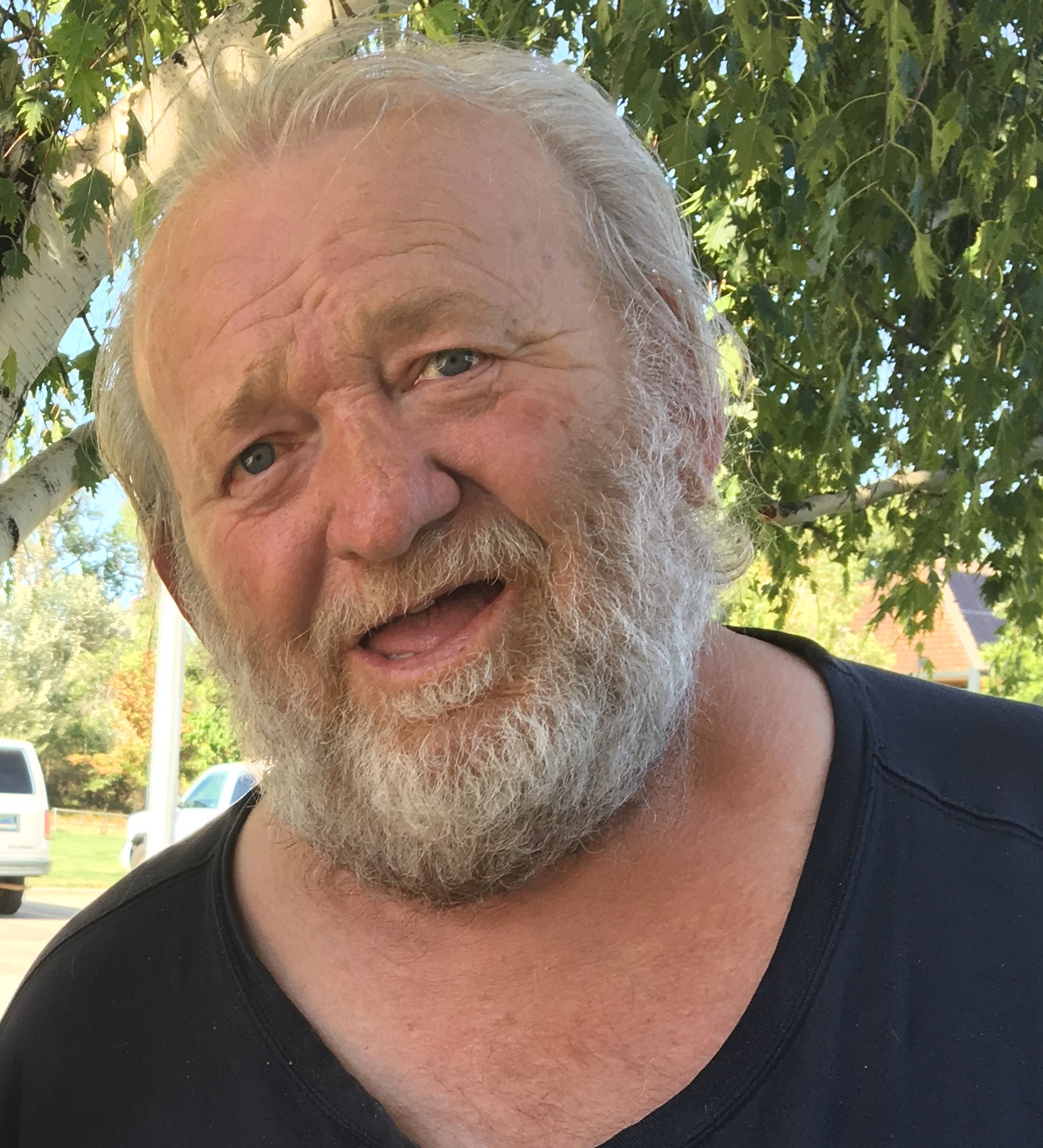 Vern Breding of Sheridan, Wyoming fell asleep on June 9, 2021. Vern was born August 1, 1954 in Roundup, Montana to Alexander 'Sandy' Breding and Ana Breding (née Steffans). He grew up in a former mining camp and spent his elementary years adventuring the Bull Hills with his father and siblings and his cousin and best friend, Joe Gilbert. He attended high school at Senior High School in Billings, Montana where he excelled in sports, particularly pole vaulting. He also served as editor of the school newspaper. He graduated with high honors in 1973 and spent his early adulthood apprenticed and employed at Halone Masonry and Stone. Later he worked with his older brother, Sandy 'Sonny' for Breding Masonry and Stone. He met Ruhan Howard through his younger sister, Violet and the two fell in love and were married in June 1977.

As Vern anticipated the birth of his first child he confided to his uncle his nervousness because 'Children cost so much!' His uncle replied, 'But, look at what you get!' Vern was known to say, 'Having children is the only real way to be present in the future and live on.' This sort of sentiment shaped Vern's heart toward parenting. He and Ruhan welcomed three children: Miranda Lee (1982); Vernon Seth(1985); and Maria Ruhan (1988). Vern and Ruhan were married for over 20 years and they maintained much care and respect for one another even after they left the marriage.

Vern brought his children fully into his world which included lovingly cultivating an impressive organic garden (before it was cool); fishing for catfish on the muddy Musselshell River; floating that same river in inner tubes on lazy summer afternoons; deer hunting in the fall; and tinkering with and repairing all sorts of engines, machines, and bicycles. Vern always kept a large collection of ice skates on hand so that any neighborhood child could skate in the winter. He also had a plentiful stock of bicycles and fishing poles.He drove an orange-colored Dodge truck with 'E07' lettered on the side and would always refrain that in Ford Country, 'You don't just drive a Dodge, you've gotta want a Dodge!'

Vern was a man of many talents and skills including the above-mentioned mechanical prowess but he also built stone structures such as a room addition to the family home and a beautiful fireplace and chimney that still stand using nothing but the blueprints in his mind. He made sauerkraut like his family from the Old Country in Yugoslavia (now Slovenia) had done. He processed game and made his own sausages.He kept many residents of Roundup in steady supply of fresh organic vegetables-most without charge. He could repair almost anything and he even knew how to sew.

Vern read extensively and loved to study history. He read the newspaper, cover-to-cover daily, and also read large tomes of history. He particularly loved history of the western frontier. He faithfully watched every new documentary released on PBS. Vern had started a degree at Eastern Montana College (now Montana State University-Billings) in Geology which he was unable to complete due to a back injury. He once said that if he did things over he would have become a lawyer. Vern indeed had a penchant for banter and debate. In fact, Vern loved to shoot the breeze with almost anyone and had a good-natured and welcoming persona. He was an articulate and accomplished storyteller. To his children and many other people, Vern was a larger-than-life, gentle giant.

You left in June, Dad which is prime growing season in Montana. It's that time of year when you would have to get up in the dark hours of the morning and run the sprinkler to guard against frost. What we wouldn't give for another epic road trip with you. Your road trips were famous. We all want another birthday celebration with you with homemade hoagies and a slice of pie in the park. Instead, we will spread your ashes on your birthday as our hearts burst with love and deep sorrow. Our only real solace is that 1 Thessalonians 4:14 tells us that as you walked with Jesus in this life, now you are only sleeping. We will meet you again.

Vern is preceded in death by his parents, his sister Sandra, and his brothers Clyde and Sandy as well as his angel baby, Scott Thomas and three angel grandbabies including Marcella Jean. He is survived by his former wife, Ruhan Price of Kalispell, MT; daughter, Miranda Breding (Jack, Judah, Matea, Josiah) of Hong Kong; son, Seth Breding (Kenna, Rylan) of Polson, MT; daughter, Maria Richter (Caleb, Chloe) of Marion, MT; sister, Violet Olsen (Larry) of Roundup, MT; and numerous nieces and nephews. A celebration of Vern's life will be held on Saturday, July 31, at 1 pm at the United Methodist Church at 319 1st Street West in Roundup, MT. A hike and spreading of Vern's ashes will be held on August 1. Details will be provided at the memorial service. In lieu of flowers, please feel free to make donations in Vern's name to any organization that works to end child hunger or promote horticulture and gardening skills.