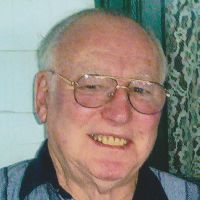 Lawrence G Gill Jr. passed away on February 12, 2016, one week after his 93rd birthday. He was born on February 5, 1923 in Decherd Tennessee. His parents were Lawrence Gordon Gill Sr. and Hazel Shelley Gill. He attended Georgia Tech for 2 years prior to entering the Army. After graduating from officer candidate school he served as an infantry training officer at Fort Benning Georgia where he met his future wife. After being deployed to the Pacific he remained in Japan for a year with occupation forces. He was honorably discharged from the Army as a Captain.In 1946 after returning from Japan he was married to Johnnie Cochran and completed college at the University of Alabama. He then moved to Atlanta where his 2 sons, Trey and Randy, were born. After jobs took him to Pennsylvania, Ohio, and Colorado, he settled in Scottsdale, Arizona in 1960, where he worked in industrial sales and real estate, and owned a company which produced cultured marble. He was a dedicated husband and father, actively involved with his family’s many activities. They enjoyed camping, hiking and traveling. He was very interested in Native American culture and western history, and acquired an extensive collection of American Indian art. His wife Johnnie died in 1992.In 1996 he married Monie Nugent, who he met in Sheridan while visiting his son. They enjoyed traveling, and split their time between Sheridan and Scottsdale. After Monie died in 2000, Larry spent most of his time in Sheridan. He was a member of the Masonic Lodge and Shrine. He moved into Sugarland Ridge in 2009, and then to Greenhouse Living 6 months prior to his death. He remained mentally active, reading 2 books a week, and actively researching history and enjoying emails on his computer.Larry is survived by his brother, Dr. Charles Gill of Nashville Tennessee, his son Dr. Lawrence Gill III of Sheridan, and son Randolf Gill (Jan) of Allenspark Colorado. He has 8 grandchildren, Molly, Zach, Tori, and Nicholas, and Josh, Brandewyn, Christopher and Jon. He has 4 great grandchildren.Cremation has been done. A family service will be held in Arizona in the future, where his ashes will be interred alongside those of his wife Johnnie.Kane Funeral Home has been entrusted with arrangements.